Shares of Take-Two Interactive (NASDAQ:TTWO) have jumped today, up by 7% as of 11:20 a.m. EDT, after the video game maker reported strong fiscal first-quarter earnings results. NBA 2K19, Grand Theft Auto Online, and Red Dead Redemption 2 were among its biggest revenue generators during the quarter.

Net revenue jumped 39% to $540.5 million, of which 58% was considered recurrent consumer spending like microtransactions and in-game purchases. The company said the largest contributors to revenue during the fiscal first quarter were NBA 2K19, Grand Theft Auto Online, Grand Theft Auto V, Red Dead Redemption 2, and the Borderlands franchise. That translated into net income as reported under generally accepted accounting principles (GAAP) of $46.3 million, or $0.41 per share. 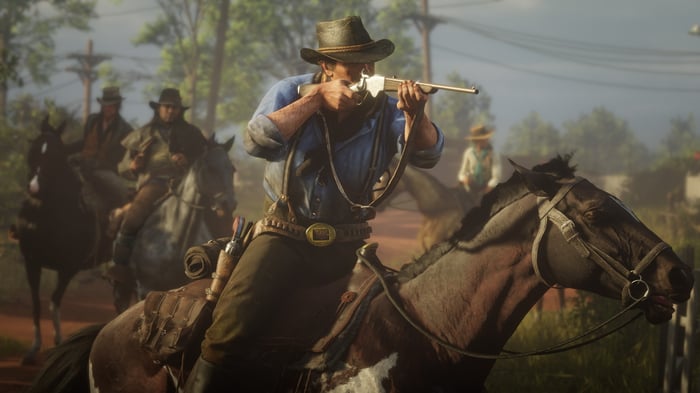 Net bookings jumped to $422.2 million, with the largest contributors to net bookings being Grand Theft Auto Online and NBA 2K19. "Fiscal 2020 is off to a terrific start with first quarter operating results that beat our expectations," CEO Strauss Zelnick said in a statement.

"For the fiscal year guidance increase, it is driven primarily by the first-quarter beat," CFO Lainie Goldstein said on the conference call. "But we've also updated our forecast for the remainder of the year and the primary increases are GTA V, GTA Online and Borderlands 3."