Spending is taking a bite out of the bottom line, and livestock products continue to perform poorly, but that didn't keep the animal health leader from increasing its outlook for the year.

It was much of the same for Zoetis (ZTS 3.74%) in the second quarter of 2019. The planet's leading animal health company grew revenue, maintained a healthy gross margin, and reported earnings growth after adjustments. The business even continued its tradition of acquisitions and investing in long-term research and development projects.

That said, the first half wasn't without a few warts. Zoetis continued to wade through weakness in its livestock segment, which weighed heavily on revenue and earnings growth. Seven of 11 international markets reported flat or negative growth compared to the year-ago period. American cats and dogs were responsible for nearly all of the company's growth in the first six months of 2019.

Should investors be worried? Here's what you need to know about Zoetis' latest operating results. 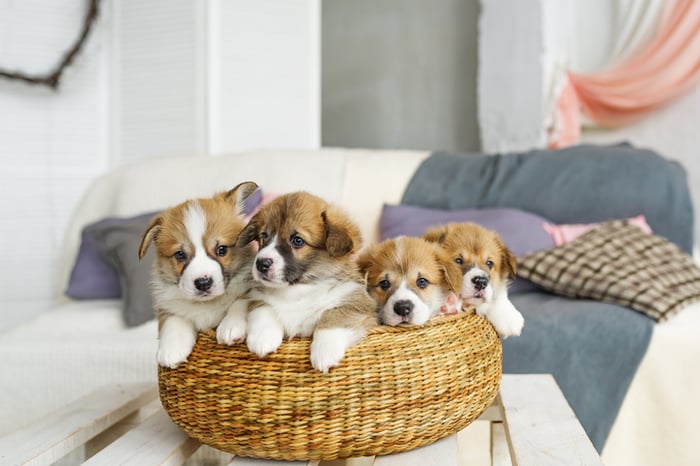 Zoetis sells health products for animals ranging from cats and dogs to poultry and pigs (and even farmed fish). It has managed to grow over the years because of a relentless focus on developing and introducing new products and its penchant for making value-creating acquisitions. Both factors were on display in the first half of 2019.

For instance, the $2 billion acquisition of Abaxis closed in July 2018. The point-of-care veterinary diagnostics portfolio is expected to deliver revenue of at least $200 million this year, suggesting it was responsible for a healthy share of the $270 million year-over-year increase in companion animal segment revenue in the first six months of 2019.

Zoetis also benefited from growth in its strongest brands, including Simparica (flea medication), Clavamox (antibiotic for cats and dogs), and ProHeart (heartworm medication). However, those gains were partially offset by a rise in operating expenses and a 25% increase in tax expense, which eroded profitability during the comparison period.

It's worth noting that the company reports an adjusted revenue metric called "operational revenue," which removes the impact from currency fluctuations and makes the results appear even better. But shareholders can't bask in the benefits of owning a multinational business and then conveniently ignore the downsides. Therefore, it's best to stick to GAAP metrics.

Another issue that cannot be ignored is that Zoetis has been completely dependent on its companion animal segment for growth.

On the one hand, a dependence on companion animals isn't necessarily a bad thing. Pet owners go to great lengths to keep their dogs and cats healthy and typically develop strong animal health brand loyalty. That could make the company's most important growth outlet relatively stable and somewhat recession-proof.

On the other hand, becoming too dependent on companion animal products has notable risks. Zoetis currently relies on veterinarians to distribute its products, which keeps gross margin relatively high. But pet owners can increasingly purchase nonprescription products online or at a brick-and-mortar retailer. The encroachment is generally contained to flea and tick products today, but as more products lose patent exclusivity, fast-moving competitors like Chewy or PetSmart could erode the company's healthy margins. 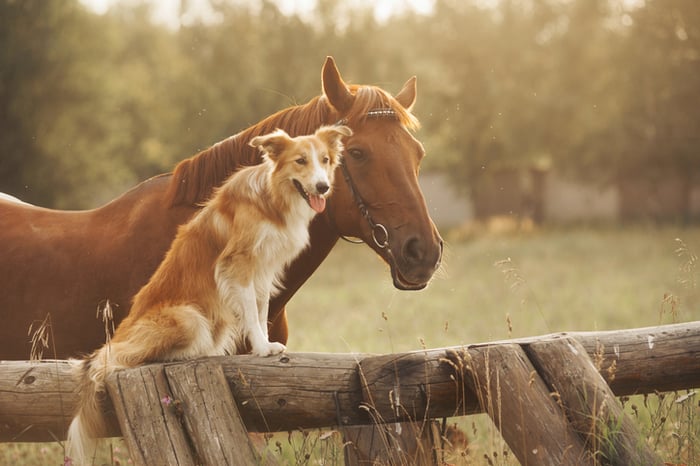 At the end of July, Zoetis announced the acquisition of Platinum Performance, which develops nutrition solutions for horses, dogs, and cats (the three animals constituting companion animals). It's not expected to have a major impact on the business this year after the transaction wraps up in Q3. The animal health leader also announced that it will establish an R&D lab at Colorado State University that will focus on understanding and developing immunotherapies for livestock, which could potentially avoid the use and abuse of antibiotics in the field. It could provide an important foundation for the company's long-term future.

Management remains confident in the business, as new product launches and recent acquisitions are expected to continue driving overall growth. It updated full-year 2019 guidance as follows:

On a promising path

Investors haven't hesitated to reward Zoetis for being the planet's leading animal health company. Shares have returned 292% with dividends included since debuting on the market in 2013. The S&P 500 has risen just 117% on the same basis in that span. Judging from the trajectory of the company during the first half of 2019, those market-beating returns could continue.

However, investors need to remain vigilant. If Zoetis continues to struggle outside of companion animals, then it could face a reckoning as competing online sales channels encroach or economic slowdowns poke a hole in its recession-proof identity.