Product launches are putting stress on the organization and have caused a few of the company's key metrics to slip.

New Relic (NEWR -0.49%), a software-as-a-service (SaaS) company that focuses on application-performance management, reported its fiscal first-quarter 2020 results on Tuesday. On the surface, the headline numbers continue to look great. Revenue grew 30%, to $141 million, while adjusted earnings per share (EPS) expanded 26%, to $0.19. Both of these figures exceeded the high end of management's guidance range.

However, the company's dollar-based net expansion rate (DBNE), which measures existing customer spending from period to period, dropped to just 109%. That represents a significant slowdown from the 131% that was reported last quarter.Deferred revenue dropped 6% sequentially, which suggests that customer demand wasn't as robust as investors are used to seeing. 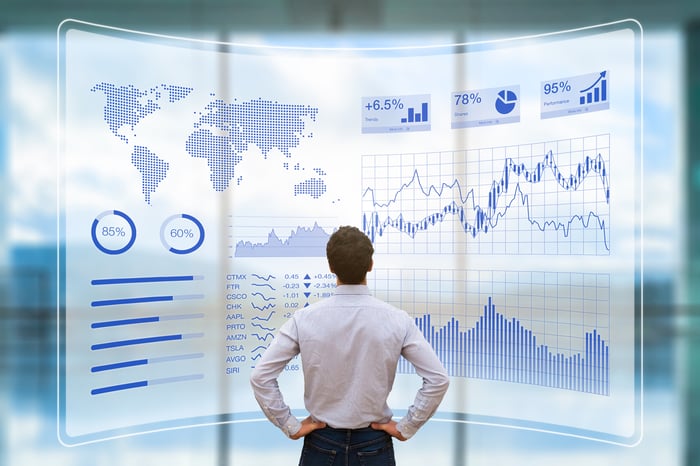 CEO and founder Lew Cirne stated that new-product launches are having an impact on the company's ability to execute:

We launched New Relic One, released monitoring for AWS Lambda, and finalized operating model enhancements to product and sales organizations during the first quarter. Navigating these changes proved challenging and impacted our Q1 results.

On the conference call with Wall Street, Cirne added some color to the weak DBNE and stressed that the recent strategic changes will lead to long-term growth:

We did not execute well enough to meet quarterly sales and headcount targets. This resulted in a lower-than-expected deferred revenue balance and net dollar base expansion rate. We are not pleased with these results. But we do believe they are an anomaly, limited to the first half of the fiscal year and largely the consequence of our moving aggressively to complete go-to-market and product-related organizational transitions. At the same time, this was compounded by the release of a new product and user interface platform against the backdrop of a seasonally soft quarter. Longer-term, we anticipate the benefits of these initiatives which will align our operations to a common powerful platform, New Relic One.

CFO Mark Sachleben stated that the first-quarter's DBNE will be the "low point for the fiscal year" and he expects a sequential improvement in the upcoming quarter. However, the number is still expected to decline year over year.

Here's the guidance that's being shared with investors for the current quarter:

For context, Wall Street was expecting $145.9 million in revenue and $0.12 in non-GAAP EPS in the quarter.

Management also took the opportunity to tweak some its guidance for the full fiscal year:

New Relic's stock dropped nearly 29% on Wednesday. The significant drop is most likely attributable to the big drop in its DBNE, mixed guidance, and management's admission that it's experiencing execution challenges.

Management did their best to stress that the situation will get better in the second half of fiscal 2020, but they've clearly got some work to do before they can regain Wall Street's trust.