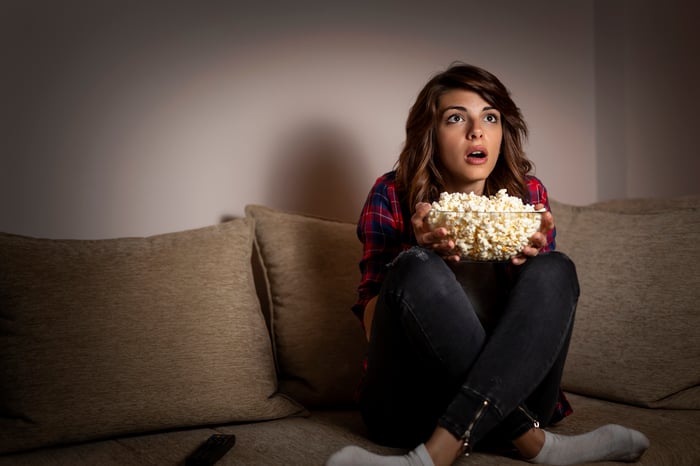 Investors have been concerned about emerging competition, in addition to escalating costs for new content. The company isn't generating enough profit to pay for all of the new content that Netflix keeps releasing, so management has been issuing high-yield debt to finance its content splurge. The second-quarter subscriber miss gave those investors who are concerned a reason to sell the stock last month.

However, management is far from worried. In its quarterly letter, the company downplayed competition and the impact of price increases in certain markets, and pointed the blame squarely at its own content slate for not generating the subscriber growth it expected.

But some investors may view that explanation as a sign that Netflix might be investing too much in quantity and not focusing enough on quality.

Additionally, management pointed out that the company had a big start to the year with 9.6 million subscriber additions in the first quarter, which may have led to the softer subscriber adds in the last quarter, too.

The good news is that the release of the new season of Stranger Things has already got Netflix off to a strong start for the third quarter. What's more, the content slate for the rest of the year features new seasons of La Casa de Papel (Money Heist), The Crown, and the final season of Orange is the New Black, all of which management believes will bring in more subscribers.

Management expects to add 7 million subscribers in the third quarter, representing year-over-year growth of 21.6%, which should push revenue up 31% to $5.25 billion. Management is calling for earnings to come in at $1.04 per share, up from $0.89 in the year-ago quarter.