Shares of Walt Disney (NYSE:DIS) fell more than 5% on Wednesday after the entertainment giant reported fiscal third-quarter results that came in well short of expectations. The results were a rare miss for a company that has been an outperformer this year, and this could offer a buying opportunity for investors willing to look past the latest quarter's results.

After markets closed Tuesday, Disney reported quarterly earnings of $1.35 per share on revenue of $20.25 billion, missing analyst expectations for $1.75 per share in earnings on sales of $21.47 billion. The miss was driven by lower attendance at domestic theme parks, which came as a surprise considering that Disney opened its much-anticipated Star Wars: Galaxy's Edge exhibit in Anaheim in May. 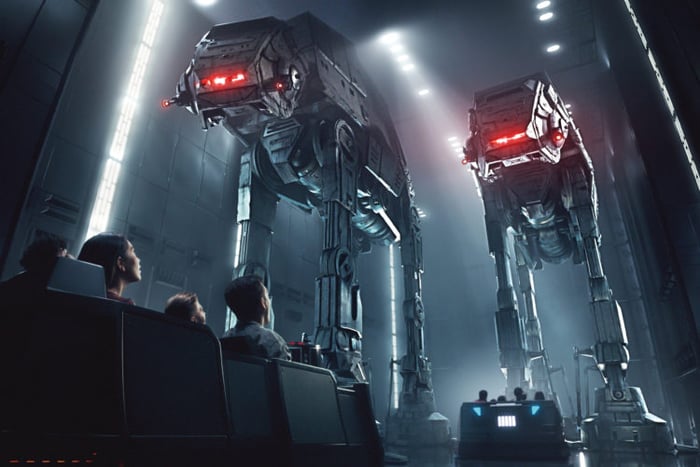 Overall, it was a transitional quarter for Disney, which is in the process of integrating its massive acquisition of the Twenty-First Century Fox assets. Profits, as expected, were impacted by integration expenses, as well as by weak performances from the Fox movie studio.

Disney's movie production operations are performing well, led by the release of hits including Avengers: Endgame, Aladdin, and Toy Story 4. But results were hurt by the lack of success of Dark Phoenix, which came over in the Fox deal. Television revenue was up 21% year over year, but operating income grew by just 7%, with margins down due to decreases in ABC Studios' programming sale and network advertising revenue. Cable network operating income was up 15% from a year prior.

Disney management, on a post-earnings call with investors, expressed confidence in Galaxy's Edge. CFO Christine McCarthy suggested Florida park attendance could have been down because vacationers put off their visit to Orlando in anticipation of the Florida version of Galaxy's Edge, which is scheduled to open in August.

CEO Bob Iger noted that the hype surrounding the Anaheim opening might have initially kept some people away.

There was tremendous concern in the marketplace that there was going to be huge crowding when we open Galaxy's Edge. And so some people stayed away just because they expected that it would not be a great guest experience. At the same time that was going on all the local hotels in the region, expecting a huge influx of visitation raise their prices. So, it's simply got more expensive to come stay in Anaheim.

Disney's parks might be in "show me" mode for now, but the company still has its impressive movie studio and a television business that should be aided by the rollout of the new Disney+ streaming offering to help fuel results. There's a lot to like about Disney shares, even after a disappointing quarterly performance.