Shares of Trivago (NASDAQ:TRVG) gained 22.1% in July, according to data from S&P Global Market Intelligence. The hotel search company posted its second-quarter earnings results on July 24, with sales and earnings for the period topping expectations and helping the stock close the month with strong double-digit gains. 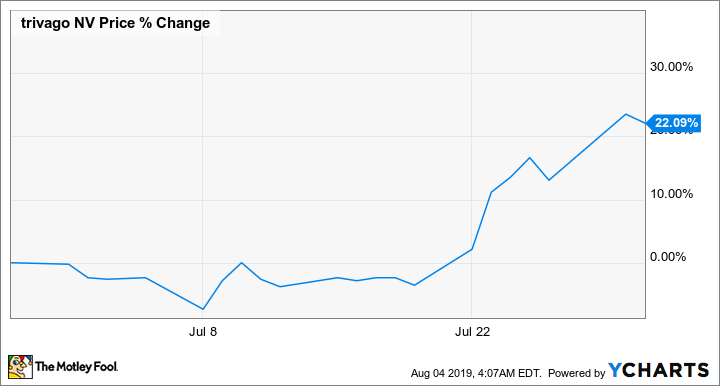 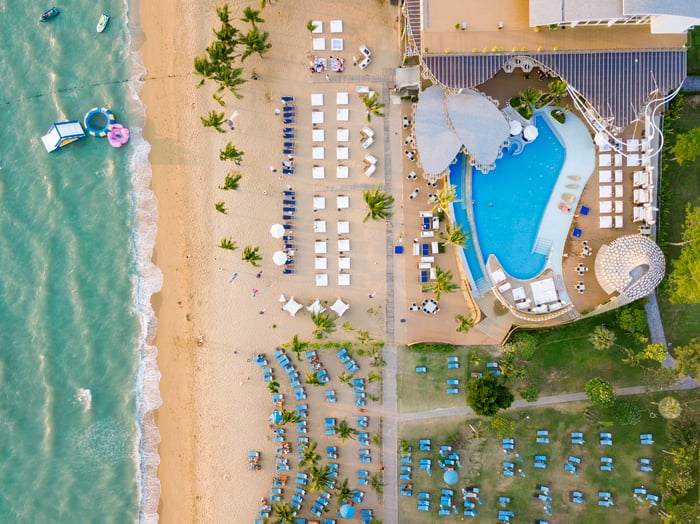 Trivago has been slimming down and aiming to generate more profitable sales, even if it means that its overall revenue continues to slide. The company's qualified referrals dropped to 131.3 million from 177.1 million in the second quarter of 2018, but its revenue per qualified referral rose to 1.67 euros from 1.30 euros -- propelling a return to referral revenue growth in June. The business recorded a return on advertising spend rate of roughly 130% in the quarter, improving from its rate of roughly 110% in the prior-year period.

Pullback in global markets stemming in part from worsening trade dynamics between the U.S. and China has weighed on Trivago in August, with the stock trading down roughly 7% in the month so far. 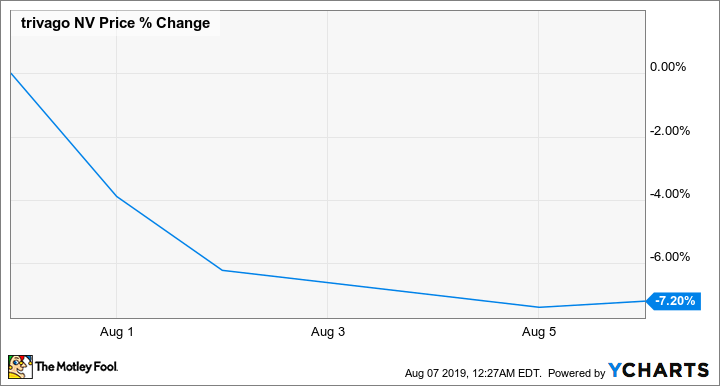