For a company with this much debt, lower interest rates are a big plus.

Vivint Solar (VSLR) has a lot of debt.

That really shouldn't come as a surprise to investors. In fact, even with its stock up 57% over the past 52 weeks, Vivint's $1.2 billion market capitalization is still less than the $1.3 billion debt load the company carries around.

Fortunately for Vivint, that debt load just got a bit less burdensome -- which is good news for its stock, and which helped to push shares up 12.5% in Wednesday trading. 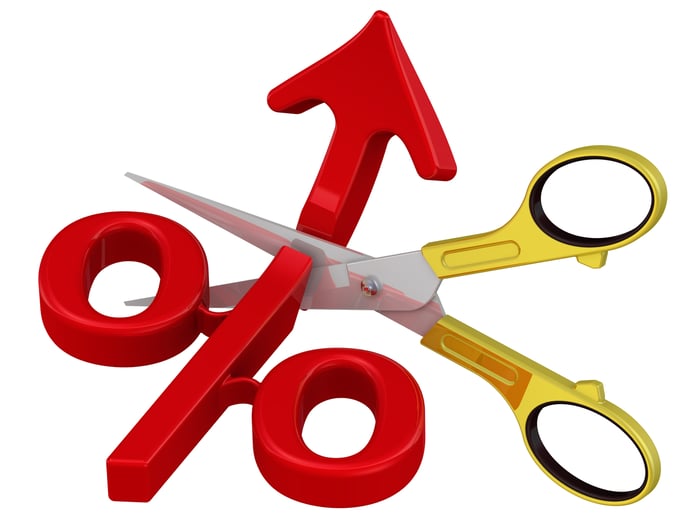 In a press release issued Tuesday, Vivint announced that it has successfully refinanced an "aggregation credit facility" that was set to mature in 2020, reducing the interest it pays on some $325 million of its debt by 87.5 basis points (i.e., about 0.875 of a percentage point).

Management noted that the new lending arrangement "represents a meaningful improvement in our ability to access debt funding at a higher advance rate, at a lower cost, and earlier in the life cycle of our assets."

Now we just need to see whether this lower cost of debt will yield any "meaningful improvement" in Vivint's profits -- of which there haven't been any for the last three quarters.

Judging from the data I see on S&P Global Market Intelligence, I think it actually might help. Over the past four reported quarters, for example, it booked net losses of $28.9 million, and interest expense of $53 million. A less-than-1% reduction in Vivint's interest rates might not be enough to solve that problem entirely -- but it certainly couldn't hurt.