Howard Hughes (NYSE:HHC) has been building out a portfolio of commercial real estate assets that generate steady income. It recently finished its latest addition, the Las Vegas Ballpark, which is the new home of the company's Triple-A baseball team. The new park was a big hit during the second quarter as fans packed the stands, which provided a boost to Howard Hughes' income. The company complemented that by closing more than 400 condo units in Hawaii, which helped drive significant earnings growth during the second quarter.

Howard Hughes benefited from the recent completion of its ballpark in Las Vegas: 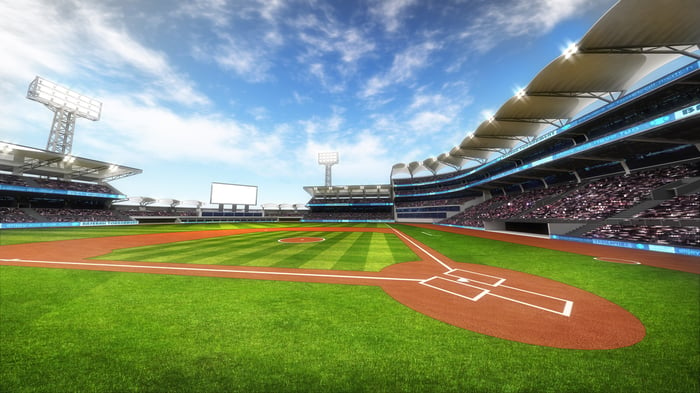 CEO David Weinreb commented on the company's quarter by stating:

Our business continues to perform extremely well across our three core segments, highlighted by the 32% quarter-over-quarter growth we experienced in recurring Operating Asset NOI. Additionally, our MPCs continue to rank among the top selling communities in the country and experienced steady underlying demand as we expect to have another very strong year in the segment. At the midyear point in Bridgeland, home sales, a leading indicator of future land purchases by home builders, are up 35%, and we had a 33% increase in residential acres sold this quarter over Q2 2018 across our MPC segment. With the NOI growth in our Operating Assets segment, we have an annual run rate of $216 million with a stabilized NOI target of $317 million.

One of Howard Hughes' priorities has been to expand its portfolio of stable cash-flow-generating operating assets. That will help offset some of the lumpiness of the master planned community and strategic development segments. The company continued making good progress on this goal. Not only did it finish the Las Vegas Ballpark, but it also continued expanding its growth runway by starting construction on another project. As a result, its portfolio of operating assets is on track to grow its annualized NOI by more than $100 million, or nearly 47%, in the coming years.

Howard Hughes recently announced that it would conduct a review of potential strategic alternatives aimed at maximizing the value of its assets. Among the options it's considering is spinning off some of its assets, changing its corporate structure, and an outright sale of the entire company. Howard Hughes is doing this because it wants to close the significant gap between its stock price and the underlying value of its assets. At the same time the company is reviewing alternatives, it remains committed to executing its current plans. They include developing Ward Village, redeveloping the Seaport District, and building new operating assets that generate consistent cash flow.