Canadian auto-industry supplier Magna International (NYSE:MGA) said on Aug. 8 that its second-quarter net income fell 28% from a year ago, to $452 million, on weaker results for most of its core business segments.

That result was still good enough to beat expectations. Excluding one-time items, Magna earned $1.59 per share, ahead of the consensus Wall Street estimate of $1.54 as reported by Thomson Reuters. Revenue of $10.13 billion beat Wall Street's estimate of $9.95 billion.

Magna's shares rose over 4% in early trading after the news was released.

Note that while Magna is a Canadian company, it reports its financial results in U.S. dollars:

What happened at Magna in the second quarter? 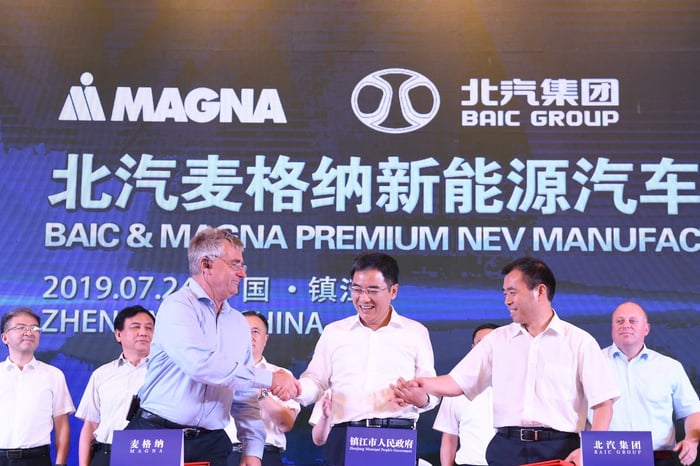 What Magna's CEO had to say

"We have been taking steps to optimize our business in response to lower industry volumes," Walker said in a statement. "Our 2019 outlook is largely unchanged despite our expectation of continued challenging automotive market conditions."

Magna did trim its full-year revenue and margin expectations slightly from the guidance it gave in May. It now expects: