Corbus Pharmaceuticals (NASDAQ:CRBP) has had some good news so far in 2019. Its shares soared in April after Jefferies initiated coverage on the stock with a buy rating and a one-year price target that was more than double its share price at the time. Since then, though, Corbus' share price has drifted downward.

Investors received a little more good news when Corbus announced its second-quarter results before the market opened on Thursday. Here's what you need to know from the biotech's Q2 update. 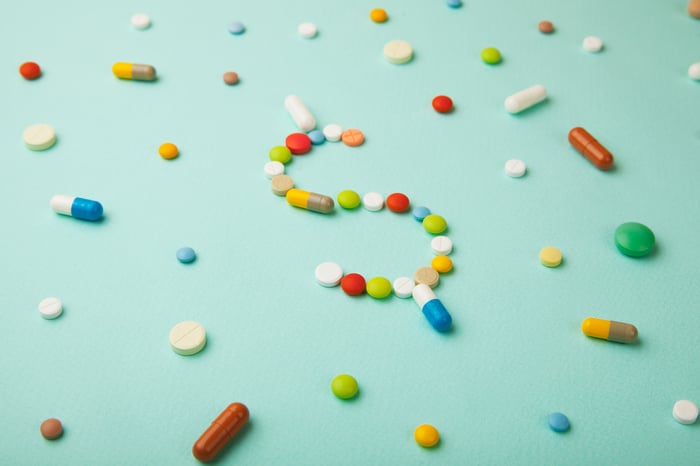 The company announced net income of $2.15 million, or $0.03 per share, on the basis of generally accepted accounting principles (GAAP), compared to a net loss of $12.1 million, or $0.21 per share, in the same period in 2018. The average analysts' estimate called for a net loss per share in the second quarter of $0.36.

Corbus ended the second quarter with cash, cash equivalents, and short-term investments of $73.2 million. This was an increase from the $41.7 million on hand as of the end of 2018.

Although Corbus doesn't have a product on the market yet, it reported a big increase in revenue thanks to a couple of agreements. Most of the added revenue -- $27 million -- came from the biotech's licensing agreement with Kaken Pharmaceuticals. Another $2.1 million stemmed from a development award agreement with the Cystic Fibrosis Foundation.

Because of these two agreements, Corbus even posted a profit in Q2. However, its operating expenses more than doubled from the prior-year period total to $27.4 million. Without the additional revenue from Kaken, Corbus would once again have reported a big net loss.

The most important news for Corbus in the second quarter related to its pipeline. Corbus completed enrollment in its Resolve-1 phase 3 study evaluating lenabasum in treating system sclerosis. It also presented data from phase 2 studies of lenabasum at the annual European Congress of Rheumatology conference. In addition, the company hired Robert Discordia in May as its chief operating officer. Discordia previously worked at Bristol-Myers Squibb.

Corbus expects to report top-line results from its Resolve-1 study of lenabusum in treating system sclerosis in the summer of 2020. It also anticipates announcing results from a phase 2b study of the drug in treating cystic fibrosis next summer.

The company should also soon have another program in clinical development. Corbus CEO Yuval Cohen said that a phase 1 study of CRB-4001 should begin later in 2019.