An analyst's favorable opinion of the biotech stock stirred up investors' excitement.

Shares of Corbus Pharmaceuticals Holdings (CRBP -3.57%) were soaring 11.4% higher as of 3:04 p.m. EDT on Friday. The nice gain came after Jefferies analyst Maury Raycroft initiated coverage on the stock with a buy rating and a one-year price target of $18, more than double the current share price for the drugmaker.

Typically, Wall Street recommendations and price targets should be taken with a grain of salt. However, it's important for investors to understand why analysts are bullish about a stock. And Jefferies isn't the only investment firm that likes Corbus. Last month, Oppenheimer initiated coverage on the stock with an outperform rating and a price target that reflected a 300% gain at the level Corbus shares were trading at the time. 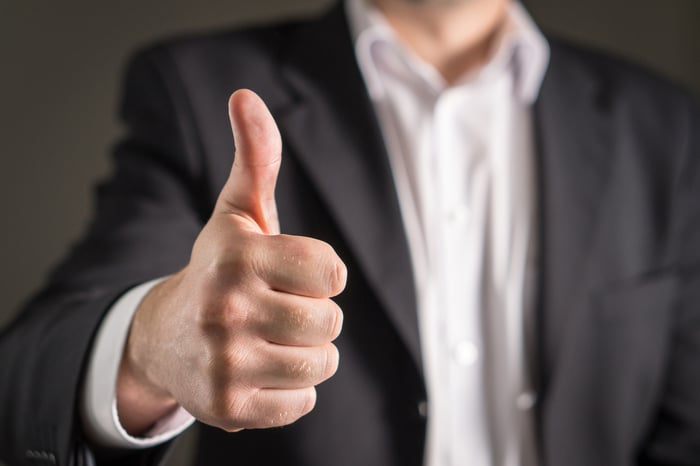 So why is there such excitement about Corbus? It centers on the prospects for the company's lead drug lenabasum, which is currently being evaluated in two late-stage studies. Corbus anticipates reporting the results from one of those studies focused on treating systemic sclerosis in the first half of 2020. It's possible that the company could submit lenabasum for FDA approval later next year if all goes well.

That's not the only indication that Corbus is targeting with lenabasum. The company also has a phase 3 study underway evaluating the drug in treating dermatomyositis, as well as two phase 2 studies targeting cystic fibrosis and systemic lupus erythematosus (SLE).

Corbus is optimistic about the chances of success for lenabasum. CEO Yuval Cohen expressed his view in the company's fourth-quarter conference call that lenabasum could generate peak sales of up to $5 billion if it wins approvals in treating systemic sclerosis, dermatomyositis, and cystic fibrosis.

Before Corbus can make the rosy price targets and revenue projections a reality, lenabasum has to first be successful in the clinical studies that are underway. It will be close to a year before we know if the drug is safe and effective in treating systemic sclerosis. Even longer waits will be required for the other targeted indications. In the meantime, it's likely that Corbus stock could be fairly volatile.