Shares of Align Technology (NASDAQ:ALGN) dropped 23.6% in July, according to data from S&P Global Market Intelligence, after the orthodontic-device specialist delivered strong second-quarter 2019 results but followed with disappointing forward guidance. 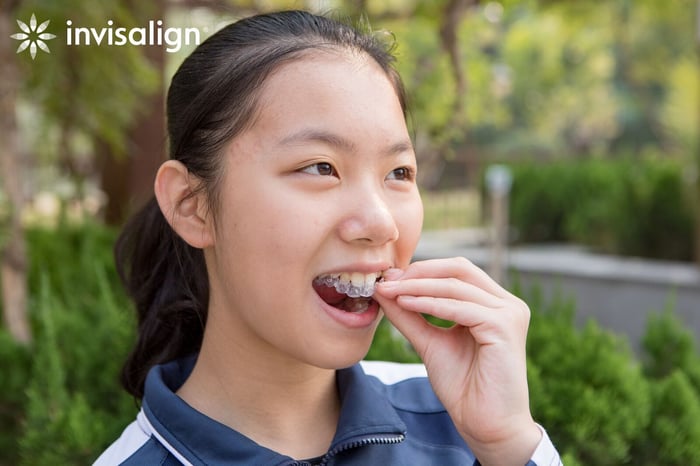 To be fair, investors should note Align's earnings were bolstered to the tune of $0.57 per share from a legal settlement during the quarter. But it appears analysts' estimates were already accounting for that item.

In any case, Align Technology CEO Joe Hogan credited the outperformance during the quarter to a combination of volume growth of Invisalign products from international doctors and, to a lesser extent, demand for its iTero Intraoral scanner and related services.

That said, Hogan also warned total second-quarter Invisalign case shipments were below expectations, hurt by softness in China and slower growth in its young adult category in North America.

"Given the uncertainty in China," Hogan added, "our outlook for the third quarter reflects a more cautious view for growth in the Asia Pacific region."

More specifically, Align Technology expects third-quarter revenue in the range of $585 million to $600 million, implying significantly decelerated growth of 16% to 19% on a year-over-year basis. On the bottom line, that should mean quarterly earnings per share ranging from $1.09 to $1.16, down 9% from the same year-ago period at the midpoint.

That certainly doesn't mean Align Technology's business model is broken. But with shares up nearly 40% year to date leading into Align's quarterly report last month, it was hard to blame investors for taking a step back given that underwhelming near-term guidance.