Shares of security software maker Symantec (NASDAQ:NLOK) are on a tear. They're up 11.5% as of 12:20 p.m. EDT on firming rumors that a (partial) purchase of the company by Broadcom (NASDAQ:AVGO) is in the works. 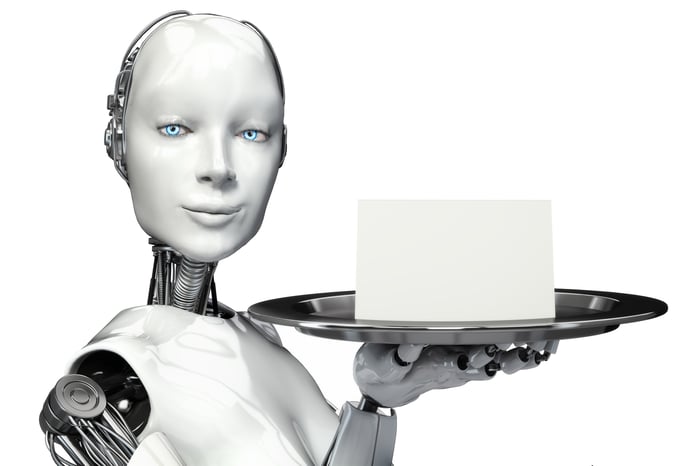 The purported buyout price -- $10 billion -- makes up the majority of Symantec's $14 billion market capitalization, which is kind of curious.

All told, Symantec did $4.7 billion in revenue last year, split roughly equally between the company's "enterprise security" division and its "consumer cyber safety" unit. (Actually, the consumer division is slightly bigger by revenue, according to data from S&P Global Market Intelligence.)

Yet if the rumors are true, Broadcom is angling to pay about 4.3 times annual sales for the company's enterprise unit -- which would imply that the consumer unit (assuming it's worth the remaining $4 billion of Symantec's market cap) is valued at only about 1.7 times sales.

Which is absolutely nuts. After all, last year, the consumer division earned more money for Symantec than the enterprise division did -- $1.1 billion versus just $269 million. The fact that Broadcom might pay a higher valuation for a less profitable unit suggests that the consumer division isn't being appropriately valued by investors at all right now, and that Symantec as a whole could be a bigger bargain than anyone realizes.

Reason enough for investors to bid up Symantec stock? I think so, yes.