After being hit hard toward the end of 2018, shares of Take-Two Interactive (NASDAQ:TTWO) have drifted higher in the first half of this year. Investors have been encouraged that the company's core franchises, including Grand Theft Auto and NBA 2K, are keeping players engaged in a crowded field for gaming entertainment.

Take-Two needed to show investors that the increased optimism is warranted, and it did just that. Take-Two reported a stellar 55% increase in recurrent consumer spending on a non-GAAP basis, which includes add-on content and virtual currency that players purchase while playing. This was more than twice the growth management expected, and it sets the company up for a strong year given the new content and games coming later this year. 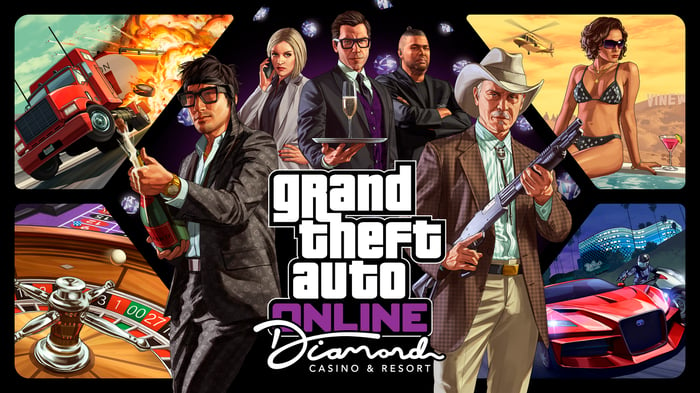 Recurrent consumer spending accounted for two-thirds of the company's adjusted revenue in the quarter. This was well above management's guidance for more than 20% growth year over year. Once again, leading the pack were Take-Two's most well-known franchises, Grand Theft Auto V and NBA 2K19.

Players continue to be highly engaged with Grand Theft Auto Online -- the multiplayer component of the game that has sold 110 million units over the last six years. The new Diamond Casino & Resort expansion was the most successful online update in Grand Theft Auto's history. Player engagement in the franchise following the launch of the Diamond Casino content hit new records for daily, weekly, and monthly active users.

Additionally, NBA 2K19 officially became the top-selling sports title in company history, with 12 million units sold. The best-selling basketball game was the largest contributor to recurrent consumer spending in the quarter. Interest in NBA 2K League -- the esport based on the franchise -- is also seeing growing viewership, with overseas viewership up 34% compared to the inaugural season in 2018.

In a way, the Grand Theft Auto franchise has become Take-Two's World of Warcraft, but at a significantly larger scale and with a wider player reach. Just as Activision Blizzard's infamous franchise still keeps a segment of players engaged after 15 years, there's really no telling how long Grand Theft Auto (GTA) V will continue to produce strong results for Take-Two; and it doesn't seem like management knows either, given that the game continues to outperform their expectations.

It's becoming clear to investors that as long as Rockstar can continue to be creative in coming up with new content for GTA Online, players will continue to play and spend money on the game. When one analyst during the conference call asked for more clarity about how much in-game content the company would be releasing in fiscal 2020 compared to last year, President Karl Slatoff shot back, "Lots more."

One game that will see lots more content is Red Dead Redemption 2, which has sold 25 million units since the game's release last fall. Red Dead Online just came out of beta, so Rockstar is now planning to release more content for the multiplayer game mode, which should boost player engagement in the coming months.

In addition to in-game content releases, Take-Two has a deep pipeline of new titles coming this fall, starting with the highly anticipated Borderlands 3 in September. Player interest is so high for the new Borderlands game that sales of previous titles in the series accelerated in the last few months.

Plus, there are more titles in the works from the company's mobile game studio Social Point, as well as two titles releasing in the next few months from the Private Division label.

Laying the groundwork for long-term growth

Based on the stronger-than-expected start to fiscal 2020 (which ends in March), management raised its full-year guidance for net bookings by $100 million. Take-Two now expects net bookings to be in the range of $2.6 billion to $2.7 billion, which is down from $2.929 billion in fiscal 2019. Management is calling for free cash flow to be roughly $340 million.

While net bookings will be down this year, CEO Strauss Zelnick likes where the company is headed over the long term:

Take-Two has the strongest development pipeline in its history, including sequels from our biggest franchises as well as exciting new IP. We are exceedingly well positioned to capitalize on the positive trends in our industry, and to generate significant growth and margin expansion over the long-term.