It seems that for every step Mattel (NASDAQ:MAT) takes forward it takes two steps back, which has made it difficult for the company to gain any traction on the turnaround management has been trying to orchestrate for more than four years.

In a somewhat abrupt filing with the Securities and Exchange Commission (SEC) late Thursday, Mattel revealed that it became aware of an anonymous whistleblower letter on Aug. 6, though the company declined to disclose the exact nature of the allegations contained in the missive. To give the company time to investigate the claims, Mattel said it was terminating the sale of the company's 6% senior notes, due in 2027, that was scheduled to close on Aug. 8.

After the revelation late Thursday, Mattel stock plunged nearly 16% on Friday. This adds to a series of bizarre developments and serious missteps that have plagued the company in recent years. 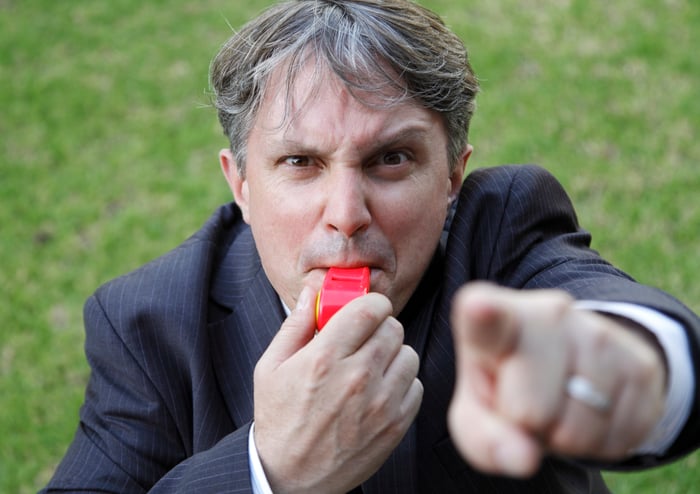 A company in turmoil

Mattel has been a revolving door when it comes to its CEO. In early 2018 Mattel announced the latest in a long line of CEO departures when Margo Georgiadi, who had held the position for only 14 months, handed over the reins to Ynon Kreiz. Former CEO Bryan Stockton was terminated in early 2015 after three years with the company, and replaced by Christopher Sinclair, who was in the post for just two years before being replaced by Georgiadi.

The bankruptcy and subsequent liquidation of retailer Toys R Us was another blow to Mattel. While the loss of a major sales channel was keenly felt by all the major players in the industry, it was particularly hard on Mattel, as the retailer was responsible for between 15% and 20% of the company's domestic sales and 11% of its worldwide business.

These aren't the only issues Mattel has had to deal with over the past several years. In April, the company was forced to recall the Fisher-Price Rock 'N Play Sleeper after numerous reports of infant deaths. In conjunction with the U.S. Consumer Product Safety Commission, Mattel voluntarily after finding that infants could suffocate after rolling over in the sleepers.

Mattel has had a long-running $1 billion legal battle with MGA entertainment, the developer of Bratz and Lol Surprise dolls. In the wake of Mattel's falling sales and plunging stock price in recent years, MGA founder and CEO Isaac Larian proposed a merger between the two, and even suggested the possibility of a hostile takeover. Those plans were ultimately rejected by Mattel and eventually abandoned by Larian.

One of Mattel's biggest missteps in recent years was the loss of Disney's Princess and Frozen lines to competitor Hasbro in 2014. Mattel had controlled the lucrative Princess franchise since 1996, but lost the deal after the company developed its own line of princess dolls that competed directly with Disney. It's estimated that sales of Disney Princess dolls topped $722 million in 2014, so this was a costly mistake.

Steps in the right direction

The news hasn't been all bad for Mattel, though investors would certainly be forgiven for feeling that way.

The company reported better-than-expected sales to close out 2018, and that trend continued into 2019, propelled higher by a resurgence in the popularity of several of its flagship brands, including Barbie and Hot Wheels. The company's cost-cutting measures were also bearing fruit.

Investors were encouraged by the string of positive results, bidding Mattel's stock up 35% so far this year -- before the company divulged the existence of the whistleblower letter.

Mattel might be able to orchestrate a full-fledged turnaround if the company would just get out of its own way.