There's been a clear shift in the market when it comes to Netflix (NASDAQ:NFLX). Sentiment has turned over the past month, and the bearishness may be somewhat warranted. Netflix fell woefully short of its new subscriber target for the second quarter, and that was followed by news that its catalog would be losing faves The Office and Friends to a pair of services that haven't even launched yet.

Throw in news that a major challenger launching in November has a bundle combining classic content, fresh network shows, and live sports at the same price point as Netflix's flagship streaming service, and it's easy to see why one of the hottest stocks of the decade is cooling down. The stock has declined by nearly 15% since last month's ill-fated financial update, falling 27% since peaking last summer.

This isn't the end for Netflix as a market darling. Let's go over some of the things that can happen to get the leading premium streaming service moving in the right direction again. 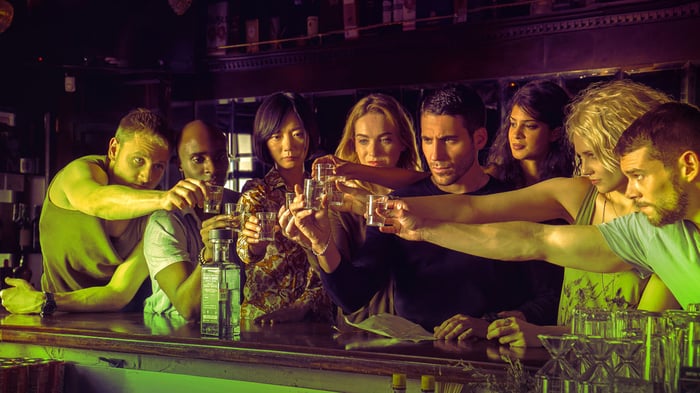 1. Netflix could blast through its guidance in the third quarter

When you fall off the horse, the best way to get moving again is to get back on that horse. Netflix has historically been conservative with its targets, and a strong third quarter in which it exceeds its forecasts in two months would go a long way in restoring the market's faith.

Netflix has topped expectations in three out of four quarters every year for the past three years, and it has fallen short only in the first half of the year. The odds are in Netflix's favor, but investors still smarting from the stock's summertime swoon may not see it that way. Netflix expects to have 158.56 million paid streaming memberships worldwide at the end of September, 7 million more than it had three months earlier and 28 million more than it had a year earlier. It had better top that target.

2. Digital rentals can jack up the potential revenue ceiling

Many of the leading services offer digital rentals, letting folks stream new movies and fresh TV episodes for just a couple of bucks. Netflix has stayed out, banging the drum on the value proposition of its attractively priced offering. What would happen if Netflix followed its smaller rivals, giving members access to $3.99 short-term rentals of new and old films that may never wind up on the service's digital catalog?

CEO Reed Hastings has resisted at every turn, but what if he's been building the mother of all Trojan horses here? By the end of next month more than 158 million homes worldwide will have a working relationship with Netflix. How lucrative would it be to turn on the spigot of digital rentals as a new revenue stream with such a huge established audience? Instead of fretting about the how close the ceiling may be in terms of peak subscriber count, we would see the roof blow off with greater upside in average revenue per member.

When folks on Friends and The Office break up they often throw themselves back out there into the dating scene. Breaking up after investing so much in a relationship isn't easy, but it's also an opportunity to walk away with something better on your arm.

Netflix can sustainably pay more than anybody else in the market because of its scale. It may have lost out on some valuable content, but it also has the means to replace it without skipping a beat. The recent content deal with the Game of Thrones team is a savvy move, but it should be just the beginning.