Biopharmaceutical investors like blockbuster drugs. And so far in 2019, there have been several new drugs to enter the market that hold the potential to generate $1 billion or more in annual sales over the next few years.

Market researcher EvaluatePharma recently issued its half-year report that ranked the biggest new drugs approved by the U.S. Food and Drug Administration (FDA) year to date. AbbVie (NYSE:ABBV), Johnson & Johnson (NYSE:JNJ), Novartis (NYSE:NVS), and Pfizer (NYSE:PFE) each claimed at least one drug on the list. Here are the five biggest new drugs approved in 2019 so far. 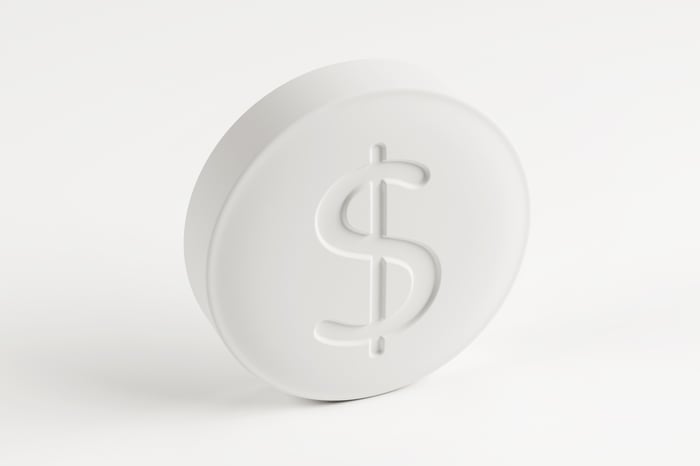 AbbVie's Skyrizi landed at No. 1 on EvaluatePharma's ranking. The drug won FDA approval in April for treating plaque psoriasis. AbbVie launched the drug in May with a list price of $59,000.

EvaluatePharma projects that Skyrizi will generate annual sales of $3.2 billion by 2024. AbbVie has even higher hopes, predicting the drug could achieve peak annual sales of $5 billion. The competition in the psoriasis market is fierce, though. The safer bet is on a more conservative estimate for Skyrizi.

Pfizer tried -- and failed -- to win FDA approval for Vyndaqel in treating rare genetic disease transthyretin familial amyloid polyneuropathy (TTR-FAP) back in 2012. But the big drugmaker didn't give up on the drug. Pfizer announced overwhelmingly positive results for Vyndaqel last year in treating heart disease caused by TTR amyloidosis. The company's persistence paid off with an FDA approval in the indication in May 2019.

Vyndaqel has been approved in Europe since 2011 in treat TTR-FAP, but it hasn't been a huge commercial success. U.S. approval of the drug should create a different story for Pfizer, though. EvaluatePharma expects Vyndaqel will rake in $2.1 billion by 2024.

Zolgensma has already been highly controversial. Novartis set the price tag for the gene therapy at a whopping $2.1 million, making Zolgensma the most expensive drug ever. Also, the FDA recently revealed that Novartis used falsified preclinical data in its application package for the drug. Despite the controversies, EvaluatePharma is bullish about Zolgensma's market potential: It pegs the gene therapy's 2024 sales at nearly $1.6 billion.

EvaluatePharma projects that Mayzent could pull in $1.3 billion annually by 2024. Novartis CEO Vasant Narasimhan stated in the big drugmaker's Q2 conference call in July that the drug was off to a great start. Narasimhan said his company believes that Mayzent is "the first choice now for active SPMS for healthcare providers in the United States."

Johnson & Johnson's Balversa ranked at No. 5 on EvaluatePharma's list of the biggest new drugs approved so far this year. The FDA gave a thumbs-up to the drug in April for treating advanced or metastatic bladder cancer.

Balversa's approval marks another advance for personalized medicine, also known as precision medicine. While there have been other precision medicine therapies approved for other types of cancer, J&J's drug was the first to win FDA approval in bladder cancer. EvaluatePharma thinks that Balversa could make nearly $1.2 billion by 2024.

Which drugmaker is helped the most?

You might think that Novartis would feel the biggest impact of these drugmakers, considering that it landed two drugs in the top five ranking. There's no question that Zolgensma and Mayzent should make a big difference for the Swiss pharma company.

However, AbbVie arguably will be helped the most by its new drug. If Skyrizi racks up annual sales of $3.2 billion within the next five years as EvaluatePharma projects, the drug's sales would represent nearly 10% of AbbVie's 2018 revenue. With the company's top-selling drug, Humira, facing biosimilar competition in Europe, Skyrizi is critical for AbbVie's success.