Sales proved a slight disappointment, but the company managed to chalk up net earnings growth during the last three months.

Advance Auto Parts (AAP -2.20%) wasn't able to muster sales expansion in its fiscal second quarter of 2019. However, disciplined execution in operations helped advance the company's bottom line. The distributor of automotive parts for both retail and commercial markets filed its quarterly earnings report on Tuesday before the markets opened. Below, we'll look at headline numbers and important financial metrics, as well as management's outlook for the rest of the year, which it modified on a few fronts against the previous iteration. All comparative numbers that follow refer to those of the prior-year quarter.

What happened with Advance Auto this quarter? 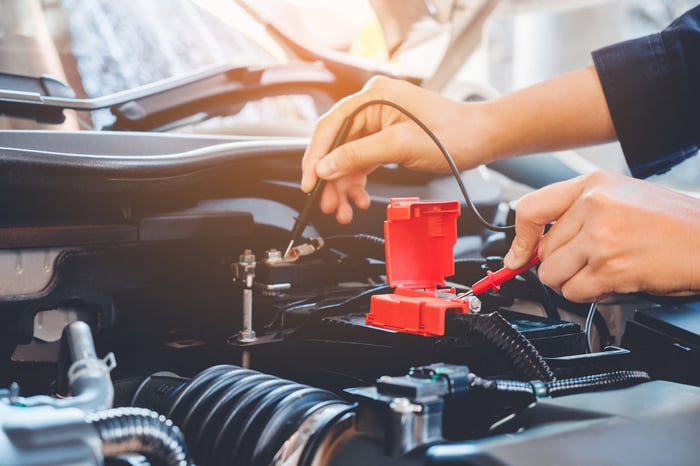 In the organization's earnings press release, CEO Tom Greco highlighted progress in the turnaround plan that's been implemented in the two years since he took the helm at Advance Auto in April 2016:

While the second quarter was challenging, we continue to make progress, including building a differentiated Customer Value Proposition in both Professional and DIY [Do-It-Yourself] Omnichannel in addition to driving productivity for the long term. We remain committed to our disciplined approach to increasing comparable store sales, expanding margins and delivering significant cash flow in the back half of 2019. This, combined with a strong industry backdrop, gives us confidence that our transformation plan is on track. Importantly, we continue to make meaningful improvements in working capital and free cash flow...   In line with our financial priorities, coupled with the strength of our balance sheet, we expect to deliver significant shareholder value throughout the remainder of 2019 and for several years to come.

Advance Auto Parts presented shareholders with minor trimming of its full-year fiscal 2019 outlook in its earnings release. The company reduced the high end of its revenue guidance range by $50 million, to a new band of $9.65 billion-$9.75 billion. Comparable-store sales are now expected to show year-over-year growth of 1%-2%, against an earlier projection for 1%-2.5% growth -- undoubtedly a reflection of this quarter's flat "comps" performance. Finally, it tightened its 2019 adjusted operating margin expectation from 8%-8.4% to a range of 8%-8.2%.

While Advance Auto was able to stave off margin deterioration this quarter by raising prices, this action may have slightly hampered near-term sales growth prospects. Investors reacted with measured disappointment to the organization's quarterly scorecard: Shares were trading down roughly 3% at midday on Tuesday.

Why Advance Auto Parts Stock Is Down Today