Despite some early skepticism, 2019 has been a great year for homebuilder stocks. Shares of PulteGroup (NYSE:PHM) are up 24%, D.R. Horton (NYSE:DHI) has risen 38%, and KBHome (NYSE:KBH) has gained an astounding 43%. In each and every case, these stocks have trounced the S&P 500 -- which is itself up a very respectable 17%!

Now, one Wall Street analyst is saying housing stocks could go up some more -- and keep on rising for perhaps the next six straight years! 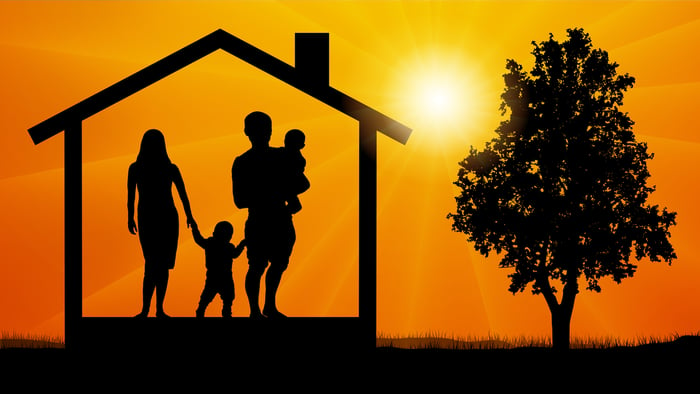 The Fed is supporting housing stocks

For the first time since the financial crisis of 2008, the Federal Open Market Committee, which is the Federal Reserve's policy-making arm, decided to cut its short-term lending rate by 25 basis points on July 31. Inflation is picking up a bit (annualized, it was about 1.7% through July), and the jobs market is strong. Even so, Reuters is reporting that because there's still a risk that the ongoing trade war with China will derail the expansion, even a currently strong economy "won't deter the Federal Reserve from cutting interest rates in September."

After all, ideally, the Fed usually targets an inflation rate of about 2%. Year-to-date inflation of 1.7% is still just shy of that mark, meaning there's a good chance further interest rate cuts can be expected later this year. Moreover, as my fellow Fool.com contributor Matthew Frankel pointed out a couple weeks ago, the Fed did promise to "act as appropriate" to keep the economy humming, which sounds to me like a hint that it's more inclined to do something than to do nothing.

If that "something" turns out to be another rate cut (or two, or three), this would increase the attractiveness of stocks relative to bonds and lower the cost of buying a home -- and thus mean only good things for homebuilding stocks in particular.

What kinds of good things?

This is where SunTrust and its new ratings come in.

This morning, SunTrust tapped PulteGroup, D.R. Horton, and KBHome as its three picks to benefit from a dovish Fed gradually lowering interest rates as the year progresses. "We are selectively positive on the builders," says the analyst, because "lower interest rates should reaccelerate new home sales in 2H19, particularly in the entry-level market segment."

Which is a pretty good start. But here's where SunTrust's note gets really interesting: "Additionally, we believe sector valuations do not reflect that recent Fed accommodation could bridge the cycle through 2021, when stronger demographic tailwind should drive another surge in demand through 2025."

Yes, you read that right. According to SunTrust, there could be as many as six straight years of growth ahead for homebuilders.

Why? Well, if the Fed continues lowering interest rates through the end of this year, and then perhaps just holds them steady for a year or two after that, that should get us to within a year or four of when the first members of Generation Z begin turning 30. This appears to be the "demographic tailwind" to which SunTrust is referring. The analyst hopes a new crop of ready homebuyers will emerge to pick up the torch and continue buying homes even if interest rates start getting back to normal again after 2021.

Does that make sense? Honestly...I think SunTrust may actually be reaching a bit with this argument.

According to the National Association of Realtors, the median age of first-time homebuyers in the U.S. is 32. If the first crop of 30-year-old Gen Zers doesn't begin emerging from its parents' basements and buying homes before 2021 (or more likely, 2025), then it seems to me 2027 would be the more logical year to begin looking for a "demographic tailwind" to support the housing market.

That being said, the analyst's broader logic does make sense to me. Whether it's two years from now or eight years from now, a big bunch of potential homebuyers will arrive on the market sometime. And in the meantime, I imagine there will still be other folks looking to buy a home, and the housing market should chug along pretty much fine.

Meanwhile, PulteGroup stock is still trading at just 9.8 times earnings, D.R. Horton is only a bit more expensive at 11.6 times earnings, and KB Home is right there in a middle with a 10.9 times earnings valuation. Personally, I'm partial to Pulte because it's got (by far) the best free cash flow of the three. But none of these P/E ratios look especially expensive to me relative to the stocks' projected earnings growth rates over the next five years.

Long story short: I'm in agreement with SunTrust on this one. These homebuilder stocks are buys.