The Chinese video game company is still trying to deliver the growth investors want to see.

China has been a hot-button topic for U.S. investors for a while now, as trade tensions have made it difficult to have confidence in the Chinese stock market. Even for formerly high-flying companies like video game specialist NetEase (NTES 0.56%), it's been hard to keep up with past success, and investors have had to get used to challenges from competitors. Moreover, as other players in the video game industry have thrived, NetEase has felt pressure to keep up with its biggest global rivals.

Coming into its second-quarter financial report, NetEase investors were hoping that the company would keep up the positive momentum that it had built up in the first quarter. NetEase's results showed some continued growth, and many hope that the company will keep generating further gains.

NetEase's second-quarter results looked reasonably good. Sales came in at $2.73 billion, which was down very slightly from where they were three months ago and up about 15% on a local-currency basis from year-ago levels. Adjusted net income of $531 million was higher by 34% from the same period a year ago, and adjusted earnings of $4.09 per share were higher than the $3.04 per share that NetEase brought in during last year's quarter. 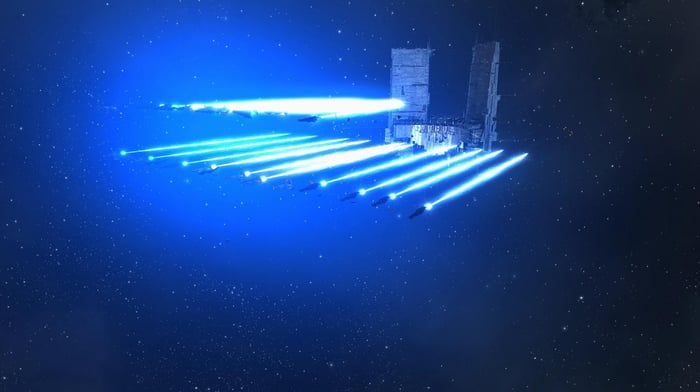 NetEase's different segments weren't consistent in their performance. The key online gaming services segment saw year-over-year sales gains of just 14%, a dramatic slowdown from three months ago. E-commerce did a bit better, posting 20% growth in segment revenue. The "innovative businesses and others" segment saw a 23% rise in revenue. Only the advertising services segment suffered top-line declines, as revenue was down 8% from year-ago levels.

CEO William Ding was happy with the results, saying, "Our diverse portfolio of games and dedicated focus on our core business lines continued to lead our growth in the second quarter." The CEO pointed to the work NetEase has done to strengthen its relationships with other video game and entertainment companies as helping its overall results.

How NetEase hopes to bolster its growth

NetEase has worked hard to keep releasing games that resonate well with players. Within China, games like Love is Justice and an updated version of Tom and Jerry got launched recently, and they have been exciting entries in the video game market there. Elsewhere, Knives Out and Identity V did well, and a new video game studio in Montreal could further expand NetEase's international reach.

The big rise in earnings helped to bolster NetEase's dividend. The company declared a payout of $1.04 per share, up from $0.69 per share last quarter and more than double what it paid just six months ago.

Going forward, NetEase shareholders would prefer to see relations between the U.S. and China improve, because that would likely lead to more recognition from U.S. investors of the successes that NetEase has had in 2019. Regardless of what short-term moves the share price makes, NetEase appears to be making progress toward continuing to build fundamental strength. That should reward patient shareholders in the long run.