Tuesday was a great day on Wall Street, as major indexes jumped after reports that the Trump administration would delay imposing new tariffs on China for a few months. Investors had been nervous about the prospects for escalating movements in the U.S.-China trade war, but today's news suggested that the two parties might be able to find some sort of resolution to avoid worst-case scenarios. That helped bolster shares of many companies, although some other factors were also responsible for some of the stocks that did the best. Best Buy (NYSE:BBY), Deciphera Pharmaceuticals (NASDAQ:DCPH), and Genworth Financial (NYSE:GNW) were among the top performers. Here's why they did so well.

Shares of Best Buy rose 6.5% as the electronics retailer's stock reacted favorably to good news on the Chinese trade front. Many investors believed that Best Buy might be among the hardest hit by new tariffs, especially entering the key holiday shopping season. Yet the delay on tariffs on items like cellphones, laptops, and other electronics were particularly beneficial for the company, which concentrates largely on those products for the bulk of its sales. There's no guarantee that further setbacks won't happen, but at least for today, Best Buy shareholders seem optimistic about the future. 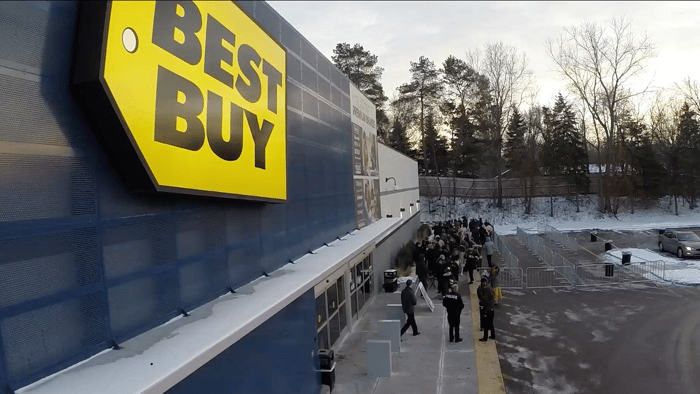 Deciphera Pharmaceuticals saw its stock jump 80% following the release of favorable clinical trial data on its treatment for gastrointestinal stromal tumors. Deciphera said that its ripretinib cancer treatment achieved the study's primary endpoint of demonstrating significant improvement in progression-free survival rates of the disease in the patients who were most heavily pretreated for the tumors. Although ripretinib didn't reach statistical significance on its secondary endpoint of objective response rate, the company nevertheless found that data encouraging. Investors look forward to Deciphera filing an application for FDA approval early next year for ripretinib, with hopes for getting results by the end of 2020.

Finally, shares of Genworth climbed 16%. The insurance company announced that it would sell its stake in Canada's largest private-sector residential mortgage insurer to Brookfield Business Partners in a deal worth about 2.4 billion Canadian dollars. The news could potentially clear the way for the remainder of Genworth to get acquired by China Oceanwide Holdings, as it takes away the need for Canadian regulators to approve the Chinese company's bid. The stock also likely rose in response to reduced trade tensions. Chinese regulators could still block the deal, but Genworth investors think that's less likely to happen as a result of the Brookfield transaction.