Shares of Charlotte's Web Holdings (OTC:CWBHF) had sunk 7.7% lower as of 11:14 a.m. EDT on Wednesday after dropping as much as 15.4% earlier in the day. The cannabidiol (CBD) products maker reported second-quarter results before the market opened.

Charlotte's Web's revenue jumped 45% year over year and 15% quarter over quarter to $25 million. However, this fell short of the consensus analysts' revenue estimate of $26.3 million. The company also posted earnings per share (EPS) of $0.02, well below the average analysts' EPS estimate of $0.04. 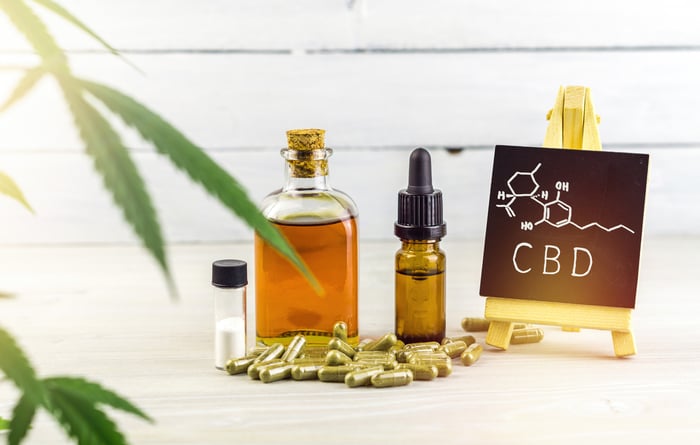 Some view Charlotte's Web's Q2 results as a scenario wherein the company failed to meet Wall Street analysts' estimates. But another perspective is that it's the analysts who failed by not accurately projecting how the second quarter would pan out.

Sure, the company's bottom-line performance didn't meet analysts' expectations and deteriorated from the prior-year period. However, Charlotte's Web is investing now in hiring more staff with the goal of reaping the rewards in the future. One quarterly report doesn't tell the full story.

Charlotte's Web has more than doubled the number of retail locations carrying its products since the beginning of 2019. The company has nearly tripled its planted hemp acreage. It only makes sense that the company would boost spending in anticipation of tremendous growth.

The company projects that its revenue will increase at a faster rate than its operating expenses in the second half of 2019. That should translate to better profits than Charlotte's Web has delivered so far this year. With brighter days ahead, today's sell-off appears to be a great buying opportunity for this CBD stock.