Colling Media recently conducted a survey to gauge interest in Disney's new offering, and 46% of respondents were either likely or very likely to subscribe to the entertainment giant's bundle. 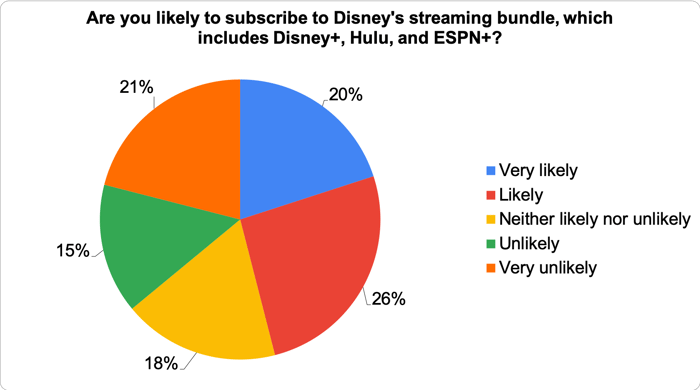 Disney's move comes at bad time for Netflix, which recently admitted that its price hikes throttled its subscriber growth in its second quarter, when its U.S. users declined by 130,000 to 60.1 million. Nearly a quarter of Netflix subscribers also think the service is too expensive, according to a Kill the Cable Bill survey from July.

Netflix isn't doomed yet, but Disney's big bundle -- which offers a formidable library of content for all ages -- could be the streaming pioneer's worst nightmare.