The recent performance of the two related Asian tech stocks is a study in contrasts.

Some investors are gazing across the Pacific tonight. That's because a pair of related Chinese tech companies, Baidu (BIDU -0.75%) and iQIYI (IQ -9.38%), reported their Q2 of fiscal 2019 results after market close.

In numerous respects, it was a Tale of Two Techs. Here's the skinny: 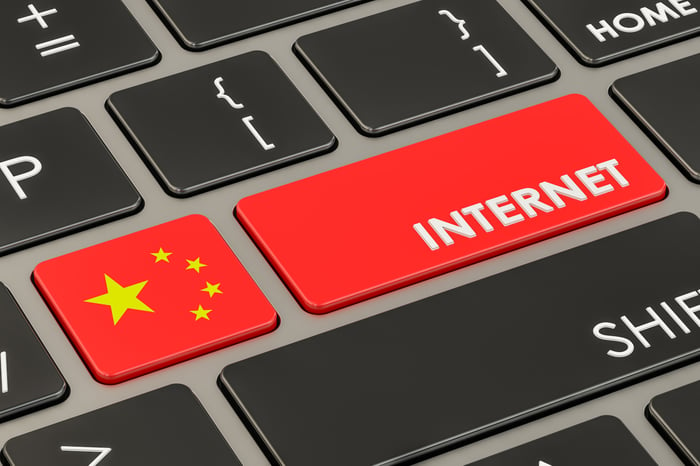 Baidu is quite the recovery story tonight. Beaten down in the stock market lately, the internet service company delivered quarterly results that convincingly beat analyst expectations -- especially for profitability.

For its Q2, Baidu posted just over 26.3 billion yuan ($3.84 billion) on the top line. Although this was only 1% higher than in the same quarter last year, it topped the average analyst estimate of 25.8 billion yuan ($3.77 billion).

In terms of non-GAAP (adjusted) net profit, the company earned 3.6 billion yuan ($529 million), or $1.47 per American Depositary Receipt (ADR). As with revenue, this was far lower than in the same frame the previous year (7.7 billion yuan, or $1.1 billion). Yet it was significantly higher than the $0.88 projected by prognosticators.

Expectations were fairly muted due to concerns over the pace of Chinese economic growth. Yet Baidu saw significantly increased take-up of its mobile app, plus encouraging gains in website traffic.

Adding more gains to an already very bullish day for the stock, Baidu is up nearly 8% in after-hours trading.

In contrast, video streaming specialist iQiyi -- which was founded and is still majority-owned by Baidu -- fell short of expectations on the bottom line.

The company's Q2 figures revealed a 15% rise in revenue to 7.1 billion yuan, or $1 billion. This was aided to no small degree by a 50% increase in the subscriber base (to over 100 million people) and a 38% improvement in membership services revenue.

It was also deeper than the average analyst estimate of a $0.45-per-share deficit. Revenue, meanwhile, broadly met expectations.

In spite of the boosts to subscribers and membership services revenue, iQiyi was hit by another decline in online advertising services revenue. This quarter, it fell 16% on a year-over-year basis to land at 2.2 billion yuan ($321 million).

The company proffered net revenue guidance for its current Q3. It believes that line item will amount to 7.21 billion yuan ($1.03 billion) and 7.63 billion ($1.09 billion) for the quarter.

iQiyi's stock is also going in a different direction than that of its parent's. It's currently down by 9% tonight.