Shares of natural and organic packaged foods company Hain Celestial Group (NASDAQ:HAIN) are down 11.9% at 1:45 p.m. EDT today following a downgrade by J.P. Morgan analyst Ken Goldman, who changed his rating from neutral to underweight and lowered his price target from $23 to $18.

This is the third time this year that J.P. Morgan has changed its rating for Hain, having upgraded it from neutral to overweight in February and lowered it from overweight to neutral in April. 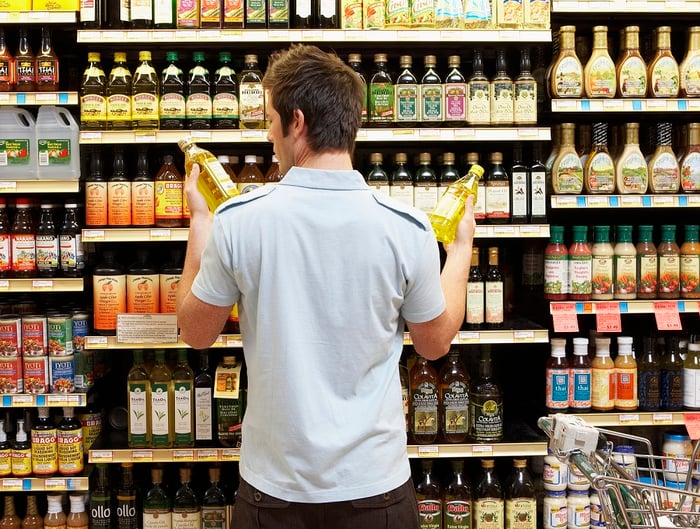 Today's downgrade was based on Goldman's view that Brexit could have negative consequences for Hain in two ways. First, its business results are expected to take a hit if a "no-deal" Brexit -- meaning the United Kingdom doesn't have a trade agreement in place with the European Union -- were to take place. Many experts fear that without a deal, the U.K. would almost certainly go into a recession, causing all kinds of problems for both consumers and businesses by cutting off access to European products and markets.

Second, Hain could see significantly higher currency exchange risk with a "no-deal" Brexit, further compounding the potential losses in the U.K. under this scenario.

So, why is the U.K. such a big concern for this international food company that's based in the U.S.? In short, because its United Kingdom segment is one of its biggest, and has become its most profitable. Through the first three quarters of fiscal 2019, the U.K. segment generated 38% of the company's total sales and 41% of segment operating income (before corporate-level operating expenses).

To put it plainly, the company has substantial exposure to the U.K., and the potential impact from Brexit could be significantly harmful to its business there. Moreover, packaged foods is a tough business with very thin margins; Hain's non-GAAP operating margins so far this fiscal year -- meaning some nonrecurring items and expenses have been removed -- is 7.7%. That doesn't leave much room for error if Brexit does indeed play out anywhere near a worst-case scenario.

With that said, it's worth noting that even J.P. Morgan's analyst doesn't view these things as long-term risks for Hain -- he instead sees them as creating significant short-term risks that could further hinder the company's turnaround efforts.

Moreover, I tend to agree with the analysis that it's a short-term risk that could further derail ongoing efforts to improve its competitive position and drive down costs after a multidecade spate of acquisitions left the company bloated and inefficient.

With that said, I don't think today's sell-off is necessarily a buying opportunity. The company still has much work to do to strengthen the business before I would consider adding any more shares to my portfolio. It's probably worth putting on your watchlist, but until there are signs that the business is turning a corner, that's as far as I would go.