Please ensure Javascript is enabled for purposes of website accessibility
Log In Help Join The Motley Fool
Free Article Join Over 1 Million Premium Members And Get More In-Depth Stock Guidance and Research
By Beth McKenna – Aug 20, 2019 at 7:01AM

Shares of the graphics-chip specialist got a boost from several catalysts, including the company's announcement of a big win in its gaming business.

This bump brings NVIDIA stock's year-to-date 2019 return to 28%, which outpaces the broader market's 16.2% return. It comes on the heels of Friday's 7.3% pop following the company's release of better-than-expected fiscal second-quarter 2020 results. Things are looking brighter this year for the company and its once-highflying stock after the share price was cut in half from October through the end of last year. Over the one-year period, it's now down "just" about 30%, though it remains a massive winner over longer periods.

Here's what investors should know about NVIDIA stock's Monday move. 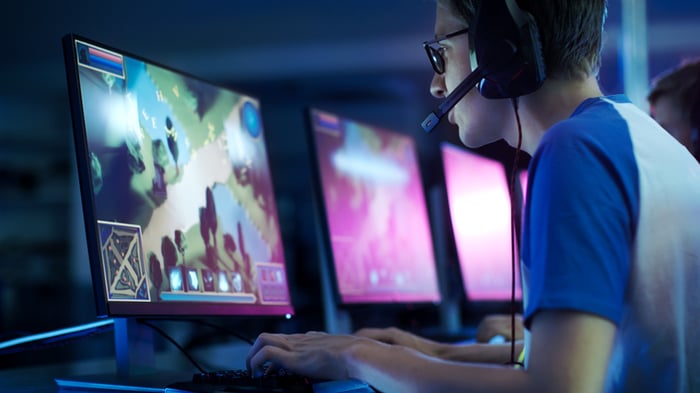 On Monday at Gamescon in Germany, NVIDIA and Microsoft (MSFT -1.27%) announced that NVIDIA's RTX ray-tracing technology is coming to the PC version of the software giant's Minecraft. This will provide gamers with a more immersive experience, as RTX enables more realistic lighting, shadows, and vibrant colors.

While RTX is seeing good uptake by game makers, this is a particularly notable win for NVIDIA because Minecraft is the best-selling video game in history, with over 176 million copies sold worldwide. So, the deal should bring much more exposure to NVIDIA's latest generation of graphics processing unit (GPU) technology. The company's GeForce RTX GPUs are the only GPUs with real-time ray-tracing capabilities.

"Minecraft will expose ray tracing to millions of gamers of all ages and backgrounds that may not play more hardcore video games," said Matt Wuebbling, head of GeForce marketing at NVIDIA. "The world's best-selling video game adding ray tracing on PC illustrates the momentum that ray tracing has built in the gaming ecosystem."

NVIDIA introduced its RTX tech at the Game Developers Conference in March 2018. Its development was a huge achievement, as ray tracing in real time has long been considered the Holy Grail among the computer gaming industry.

The Microsoft news appears to be the main catalyst for NVIDIA stock's Monday pop. However, shares are also still probably benefiting from a tailwind from Thursday's second-quarter earnings beat. While adjusted earnings per share dropped 36% year over year to $1.24, this result was still better than the $1.14 Wall Street was expecting.

Moreover, NVIDIA stock almost surely also got a lift from strength in the overall tech market, and more specifically in the chip space. Semiconductor stocks rallied following news that the Trump administration extended a reprieve on a ban that restricts U.S. companies from doing business with Chinese telecom giant Huawei.

The reprieve, which was set to expire on Monday, was extended for 90 days. Some investors likely saw this move as a sign of a cooling of the trade war between the United States and China, which has recently escalated.