Shares of Chinese e-commerce platform and fulfillment provider Baozun (NASDAQ:BZUN) are down 12.1% as of 1:13 p.m. EDT on Aug. 21. Investors have been selling off after the company released its second-quarter results before trading today.

Baozun turned in a solid quarter, with sales up 47% to $248 million and non-GAAP -- adjusted for some nonrecurring and other expenses -- earnings of $0.21 per share, also up 47% from last year. Moreover, Baozun's results weren't just better than last year's quarter; both the top and bottom lines handily beat estimates from Wall Street analysts. 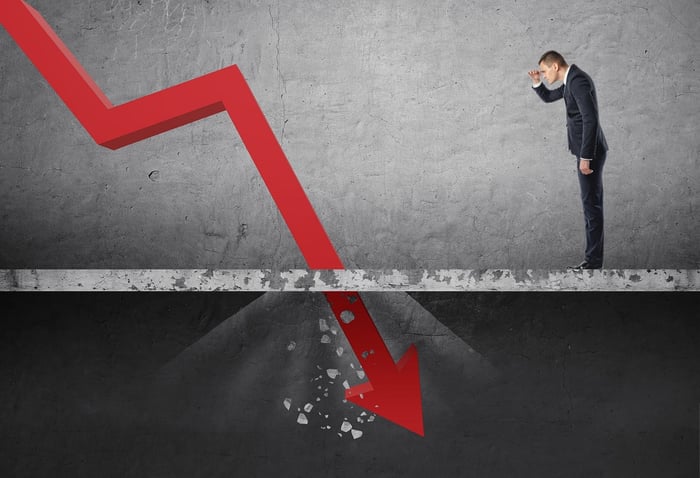 Baozun's sell-off is hard to explain, considering its second quarter both beat analyst estimates -- which often set the bar for what's considered good or bad -- and built on a very strong first quarter of the year.

If there's anything that's behind today's big sell-off, there's a good chance some profit taking is going on. Before today's big drop, Baozun shares had gained more than 71% since January, and it's likely that some of the selling is just people cashing out on the big run-up this year. Moreover, there's also likely some concern that the ongoing trade dispute between the U.S. and China could hinder its results. But these appear to be near-term concerns, not structural or long-term worries.

But based on the company's results and trajectory, I think this kind of taking gains is a bit short-sighted, at least for investors willing to commit for the long term. Baozun has substantial room to grow as China's middle class grows and as more merchants and brands prioritize e-commerce as part of their strategy.

Moreover, Baozun's stock looks pretty cheap, considering its growth rate. Shares trade for less than 21 times expected earnings per share for next year. Put it all together, and today's sell-off just might be a buying opportunity for some investors.