A deal with the government of Singapore should produce millions in service revenue over the next year.

Fitness tracker and smartwatch company Fitbit (FIT) makes most of its money from selling devices, and that's unlikely to change anytime soon. But the company is working to grow its services business. Fitbit Health Solutions, which includes services like coaching as well as solutions for employers, health plans, and other organizations, is expected to generate around $100 million of revenue this year.

The services business will get a boost over the next year from a deal with the government of Singapore announced Wednesday morning. In the company's first major integration with a national health program, Fitbit will provide free devices for those willing to commit to a year of the company's premium service.

This deal is expected to account for more than 5% of health solutions revenue, according to a Fitbit spokesperson. Speaking to CNBC, Fitbit CEO James Park noted that the company beat out other bidders, including smartwatch leader Apple. 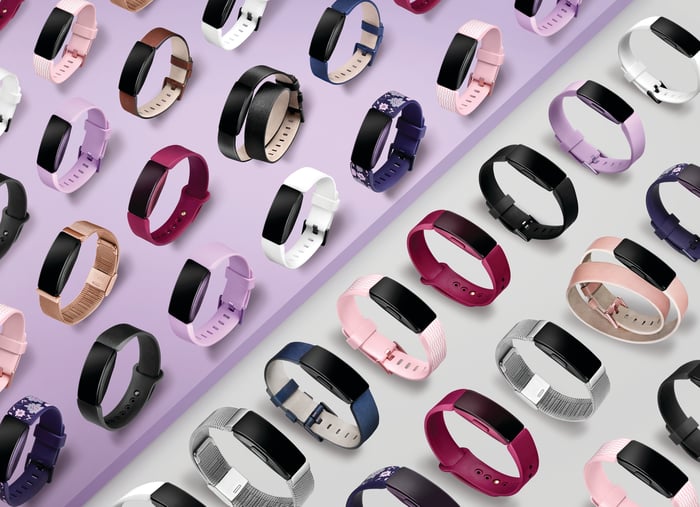 Under the deal, Singaporeans who enroll in the Live Healthy SG program and commit to one year of premium service, which will cost $10 per month, will receive a free Inspire HR fitness tracker. The Inspire HR is one of Fitbit's more basic fitness trackers, although it does feature heartbeat monitoring, which is missing from the cheaper Inspire. On Fitbit's website, the Inspire HR currently sells for $80, although the normal price is listed at $100.

Singapore has a population of 5.6 million, and Park told CNBC that the company hopes to eventually reach 20% of the population with this program. That would bring around 1 million new customers onto Fitbit's platform. And while participants need to commit to only one year of premium service, some may continue to be subscribers after that first year if the service provides enough value.

"Our partnership with the Singapore Health Promotion Board is a recognition of our work to date, and we are confident that the powerful combination of our devices, software and services will motivate Singaporeans to improve their health, while also tangibly helping a nation to improve health at scale," said Park in prepared remarks included in the press release announcing the deal.

While smartwatches are growing increasingly popular, pricey devices like the Apple Watch may be overkill for a health program like this. With Fitbit able to offer simple, inexpensive devices that focus heavily on fitness, it makes sense that Singapore would choose the company for this initiative.

A turnaround is still a long way off

This deal provides Fitbit with a jolt of desperately needed good news. The company is struggling to turn a profit as it goes after the highly competitive smartwatch market, and its success in that area has been very hit or miss. Fitbit's first smartwatch, the Ionic, was too expensive and failed to sell well. The $200 Versa was a hit, but the cheaper Versa Lite flopped. Fitbit slashed its full-year guidance last month after the Versa Lite fell short.

Fitbit is trying to leverage its install base by selling services, but that effort still represents a small percentage of revenue. If Fitbit can successfully grow its services business, it would lower the company's dependence on convincing its users to upgrade. While smartwatches are still improving significantly each year, there's little reason for fitness tracker users to upgrade devices.

Fitbit securing this deal with Singapore is certainly a positive development. But the company still has a very long way to go.