The twin ride-hailing unicorns debuted this year, but one is faring much better.

Like most companies that decide to take the step from private to public, Lyft (LYFT -3.00%) comprised a lock-up stage in its IPO terms that forbid company insiders including management, employees, and pre-IPO investors from selling their holdings for 180 days after its IPO date. The lock-up was originally planned to last until Sept. 24, however, Lyft stated in its recent quarterly report they decided to move the date forward to Aug. 19, as the original date with a standard "blackout" period that limits trading before the end of the quarter.

The "lock-up" period is usually 180 days for an IPO. The purpose is to prevent a flood of shares from existing shareholders immediately following the offering. The lockup agreement is negotiated between the underwriters, the company, and shareholders. The underwriter has the right to release the lock-up earlier than 180 days if it wants to (for example to facilitate a secondary, or "follow-on" offering.)

After the lock-up, Lyft projects nearly 258 million shares of its Class A common stock will become eligible for trading. Lyft's two co-founders, John Zimmer, and Logan Green, and its Chief Financial Officer Brian Roberts collectively own about 5.6% of Lyft's stock, and they told equity analysts they're not planning to sell when the lock-up stage ends. This still leaves a plethora of shares to flood the market, which could put downward pressure on Lyft's stock price. 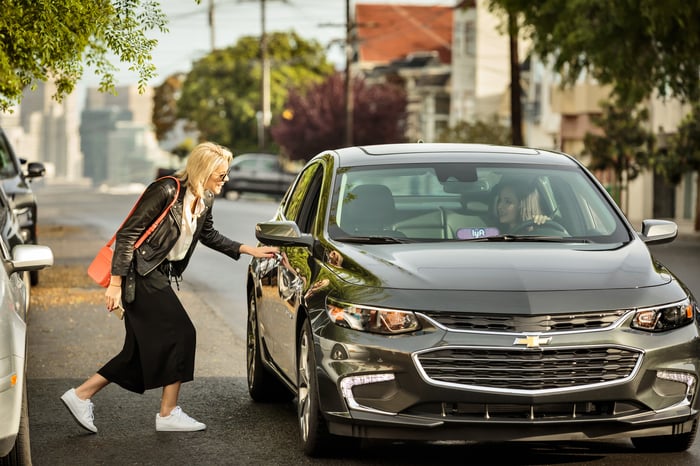 Lyft went public in late March debuting around $72 per share, and it has since fallen roughly 27%, closing the end of last week at $52.47. However, most pre-IPO shareholders are still looking to lock down substantial gains. The company's initial investors originally bought in for less than $1 per share. Over the course of its Series D funding round in April 2014, Lyft priced its shares around $10 or less, which is far below its current declining share price.

However, later-stage private investors are slightly more anxious. Investors in the company's final private funding round, which Lyft's IPO filing identified as "entities affiliated with Fidelity Management & Research Company," bought shares priced at $47.35 in June 2018, just 10% below where the stock closed last week.

Between the two illustrious ride-hailing unicorns, Lyft was first to go public, which means it will also be the first to see its lock-up stage expire. The two have both drastically disappointed so far, with Uber (UBER -3.06%) going public in May. Both company's share prices have submarined well below their IPO prices

Uber has felt the post-IPO sell off sharply. Last week, shares closed at $35.23, 22% below its $45 IPO price. At first glance, that may appear to be better than Lyft, yet the main distinguishing factor as to why it is not better is that Uber priced near the basement of its IPO range, to begin with. Uber sold shares at a discount compared to the price it yearned for, and it has since traded at an even larger discount. Many later-stage Uber investors are underwater as a result. Investors in Uber's various Series G rounds including Saudi Arabia's Public Investment Fund, Didi Chuxing, and Softbank, bought in at $48.77 per share. That ended up being more than Uber's IPO price, and now represents a nearly 40% premium on the company's current trading price. Meanwhile, investors in the Series E round are toying with the line between making and losing money. They paid $33.32 each, a figure Uber traded on either side of last week.

James Cordwell, an analyst for Atlantic Equities, said lock-up expirations can be a good day to buy a stock. "With Lyft we've certainly seen the selling pressure—the stock's down over 20% since mid-July — and time will tell whether Monday will have been a good buying opportunity."