Macro and trade concerns continue to plague the leader in adhesive-dispensing systems.

Still, with shares trading up only slightly over the past year, Nordson stock is down a modest 2% in Wednesday's afternoon trading as of this writing. Let's dig deeper for a better idea of what drove Nordson as it kicked off the second half. 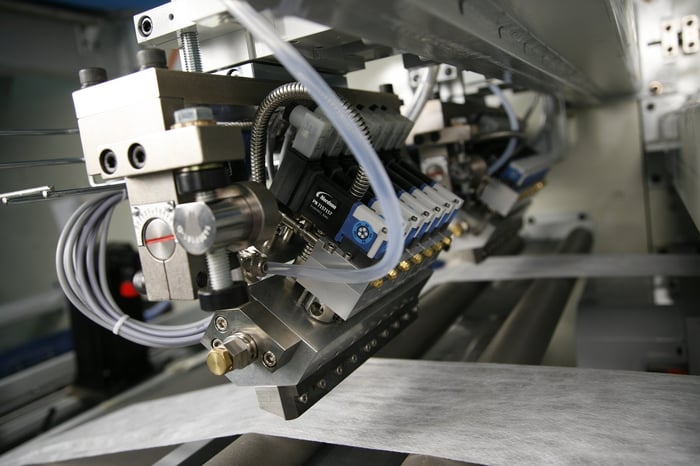 Former CEO Michael Hilton -- who retired from his post at the end of July and is now a senior adviser -- stated:

The third quarter was weaker than expected, primarily impacted by the ongoing uncertainty related to the international trade dispute and its effect on customer investments. The softness in product lines serving electronics end markets and those within the industrial coatings segment offset solid organic growth in our adhesives dispensing segment and the non-electronics product lines within the advanced technology segment. The industrial coatings segment sales volume was impacted by some customers moving deliveries into the fourth quarter, so we are expecting a strong fourth quarter from this segment. Even with this decline in total company sales in the quarter and the pressure from tariffs, the Nordson team held adjusted operating margin, which excludes one-time charges in both years, equal to the prior year.

As such, for the full fiscal-year 2019, Nordson reduced its outlook to call for flat to modest organic sales growth, down from previous expectations for growth in the low-single-digit percent range. At the same time, the company said it will focus on cost savings and operational-efficiency initiatives to help "hold or modestly improve" its operating and EBITDA margins.

Hilton said: "As we approach the end of our fiscal year, the effect of recent macroeconomic trends has had a more significant impact than most anticipated, particularly on electronics end markets. That said, the strength of our position as a valued solutions provider to our customers combined with the diversity of our end markets gives us confidence that we will continue to drive organic growth going forward."