Competition from Southwest is becoming a bigger issue for Hawaii's homegrown air carrier.

Shares of Hawaiian Airlines operator Hawaiian Holdings (HA -3.61%) dropped as much as 10% in reaction to a negative report out of investment bank Stifel this morning. That's the bad news.

The good news is that the shares recovered somewhat in a generally ebullient stock market and ended the day down only 5.2%. 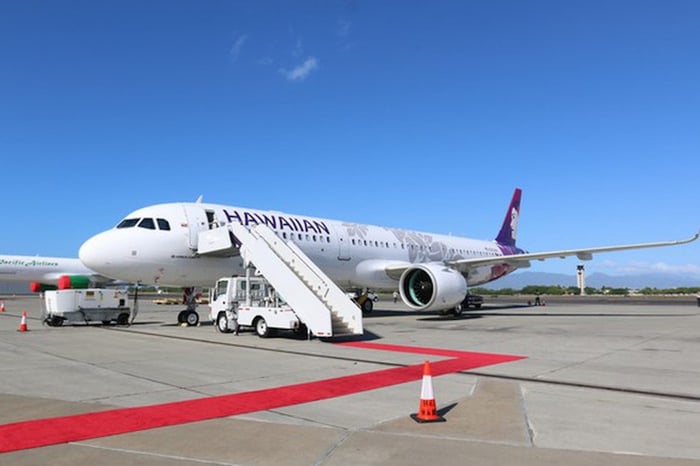 So what did Stifel have to say that so spooked investors? In a "double downgrade," the analyst flipped all the way from buy to sell, citing "a disconnect between PRASM [Passenger Revenue per Available Seat Mile]/EPS [earnings per share] expectations for HA into 2020."

Turns out, competitor Southwest's (LUV -2.11%) entry into the Hawaiian market, which was announced back in March, is turning into an even bigger problem for Hawaiian than originally anticipated. Last week, Southwest announced that in January 2020, it will be expanding its service flying from the mainland to the airports in both Lihue and Kona and start offering daily inter-island flights among Honolulu, Lihue, Hilo, Kona, and Kahului.

In total, Southwest says it will operate 18 flights between Hawaii and the continental U.S. and 34 inter-island flights daily. Stifel says the market took this news as "neutral" to Hawaiian Holdings -- indeed, Hawaiian stock actually rose in the days following Southwest's announcement. But in Stifel's view, it's a big negative for Hawaiian stock.