The ship-leasing company turned in decent numbers in the second quarter while acquiring new liner vessels and signaling its appetite for further asset acquisitions.

Bermuda-based Ship Finance International (SFL -0.98%) continued to reap rewards from a diversified asset base in its earnings report released on Aug. 20. The maritime specialist, which leases out a fleet of 89 vessels and rigs under long-term charter contracts, also added to its multibillion-dollar revenue backlog while maintaining its impressive quarterly dividend streak.

Below, let's review the details of the enterprise's last three months. Note that all comparative numbers that follow refer to those of the prior-year quarter.

What happened with Ship Finance this quarter? 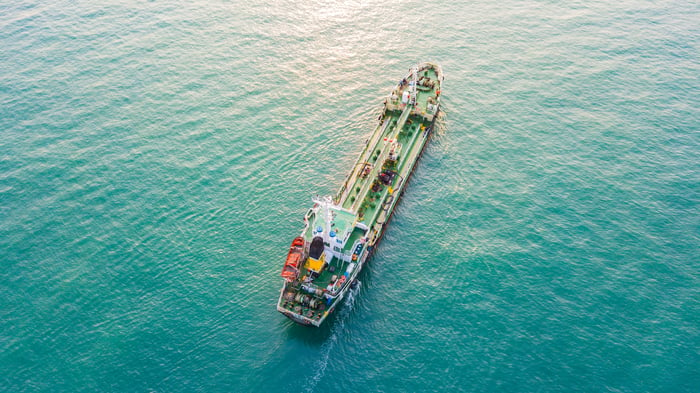 In the company's earnings press release, CEO Ole Hjertaker stressed the long-term characteristics that make Ship Finance a solid investment, especially for dividend investors, in a variety of economic environments:

Over years, SFL has solidified its position in the maritime industry with a diversified portfolio of assets supported by a strong technical and commercial operating platform. This gives us the ability to offer a wide range of services to our customers, from structured financing to full service time charters.

We are careful and selective in our investments, and with our portfolio approach we have been able to time our investments in each segment through the market cycles. Our consistent ability to access attractively priced capital has allowed us to continuously renew our fleet and pursue profitable growth opportunities. As a result, $2.2 billion has been returned to shareholders through dividends since 2004, and we have a significant charter backlog supporting future distribution capacity.

Ship Finance doesn't provide forward quarterly or annual guidance. However, the company observed in its earnings report that the current tough banking environment for shippers, combined with low asset prices, may result in reduced-risk investment opportunities for Ship Finance.

In other words, in the coming quarters, the company may be able to pick up new vessels at attractive pricing and charter the assets in stable, long-term contracts, further boosting its cash-generation ability.