The semiconductor software specialist raises its full-year guidance again after another strong quarter.

Synopsys reported sales growth of 9.4%, which was higher than management's guidance and represents a sequential acceleration. Operating leverage allowed net income to grow at a much faster rate than revenue. Management raised its full-year guidance in response to another strong quarter.

What happened with Synopsys this quarter? 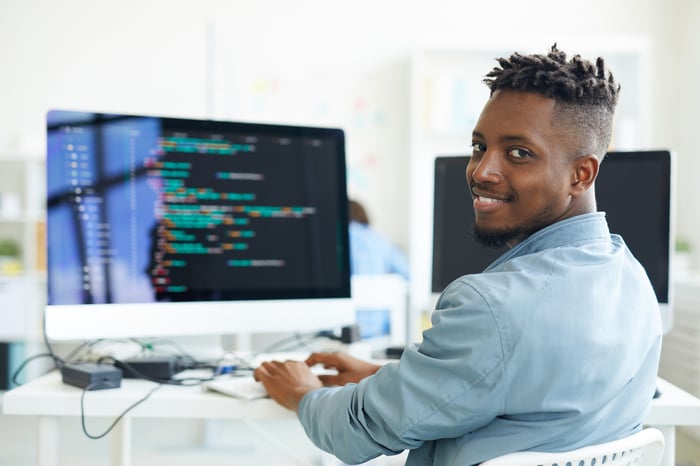 Management also expects the company's business momentum to continue into the upcoming quarter.

It's important to note that the fourth quarter of fiscal 2018 featured a significant tax restructuring gain that had a positive impact on GAAP profitability but did not boost non-GAAP profits. This explains why GAAP EPS is expected to fall significantly while non-GAAP EPS is predicted to jump.

Commenting on the full year, Geus said, "As a result of Q3 overachievement and broad-based strength, we're raising guidance for the fiscal year."

CFO Trac Pham ended stated on the conference call with investors that the business remains well positioned to deliver against its long-term financial targets:

We continue to execute very well both financially and operationally. We are significantly exceeding our beginning of the year objectives with high-single digit revenue growth, substantial operating margin expansion, and solid double-digit EPS growth. And we continue to return a large portion of our free cash flow to shareholders in the form of buybacks. With the power of our portfolio and business model, we are confident in our ability to deliver sustainable long-term shareholder value.

Worried About the China Chip Ban? Give These 2 Top Chip Stocks a Look

What You Need To Know About Synopsys' Q3 Earnings Report
366%