Please ensure Javascript is enabled for purposes of website accessibility
Log In Help Join The Motley Fool
Free Article Join Over 1 Million Premium Members And Get More In-Depth Stock Guidance and Research
By Maxx Chatsko - Aug 22, 2019 at 10:09AM

Shares have been mired in a nearly continuous slide for the last year. Is Wall Street's pessimism misplaced?

Unity Biotech (UBX 3.81%) is developing drug candidates to extend the number of years humans can live unburdened by disease, but investors might appreciate it if the small-cap pharma focused just a little bit more on extending the price of shares.

The stock is trading at all-time lows (though "all-time" is just since its IPO in mid-2018). The company's lead drug candidate delivered mixed results in a phase 1 clinical trial in June, although the company characterized the results as "promising" and is moving ahead with a phase 2 study.

Wall Street clearly isn't enamored, but Unity Biotech has a deep pipeline of preclinical assets and exited June with $128 million in cash. Besides, investors might be intrigued by a company attempting to enable healthy aging. Should investors consider the stock a buy at current lows? 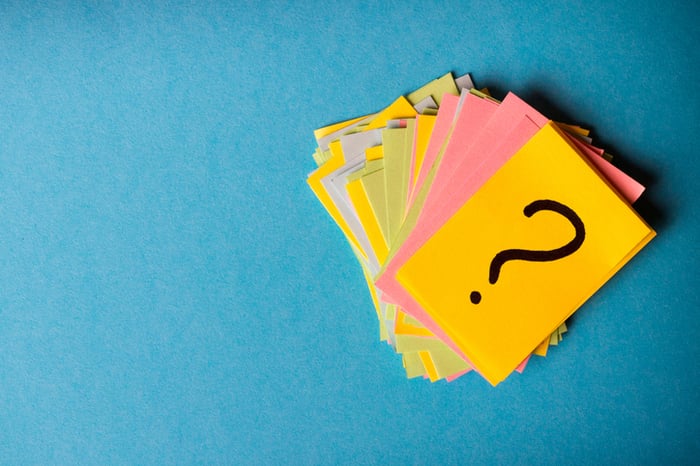 What does Unity Biotech do?

Unity Biotech wants to halt or reverse specific diseases driven by aging. The company's current focus is on developing drug candidates that eliminate senescent cells, or cells that are old and inefficient. The bodies of younger individuals tend to be more proficient at mopping up less productive cells and replacing them with new ones, but as we age, regenerative processes gradually break down. That plays a significant role in many diseases with an age component, such as vision loss, cardiovascular health, and most cancers.

In addition to eliminating senescent cells, Unity Biotech teases that it's conducting early-stage research into the biomolecular processes that contribute to mitochondrial dysfunction and the loss of youth-circulating factors. What does that mean?

Mitochondria produce chemical energy that can be readily used by cells; they play an essential role in health. While mitochondria live within most cells, they actually retain their own unique genomes different from your own. Certain mutations or errors in mitochondrial DNA have been linked to everything from autism to cancer to aging. It's inevitable that science will investigate ways to control, transplant, or genetically engineer mitochondria for therapeutic benefit, and Unity Biotech is keen to become a pioneer in that area.

Youth-circulating factors are exactly what they sound like: proteins ("factors") that circulate in the blood of younger organisms and drive regenerative processes. Studies have shown that exposing older mice to blood taken from younger mice can reduce and even reverse some of the effects of aging thanks to a cocktail of such proteins. It's not quite the fountain of youth, and isolating individual circulating factors that can deliver a therapeutic benefit in something as complex as the human body will prove difficult, but it's certainly worth investigating. 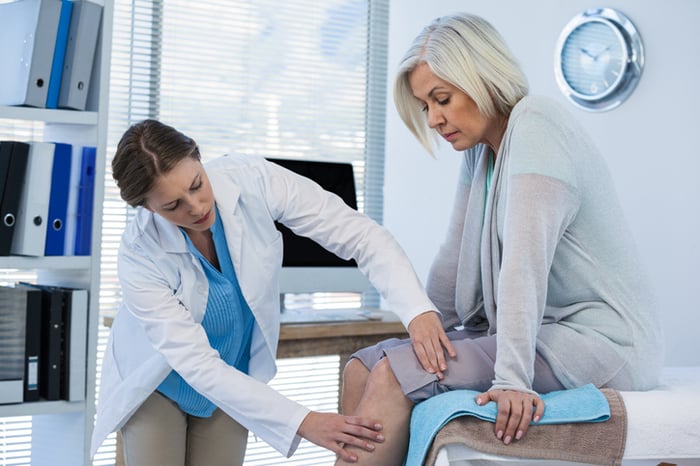 The state of the pipeline

For now, Unity Biotech is all-in on eliminating senescent cells. The lead drug candidate, UBX0101, is being developed as a potential treatment for osteoarthritis of the knee. Top-line results from a two-part, phase 1 clinical trial were announced in mid-June, although Wall Street sold on the news.

It's important to note that "clinically meaningful" is not as high of a standard as "statistically significant." It's also important to note that based on the results published in the company's press release, there actually wasn't much of a dose-dependent response. In fact, the pain and function measurements using WOMAC consistently demonstrated that the placebo performed better than individuals taking any of the three lowest doses of UBX0101.

Unity Biotech moved beyond subjective measurements of pain and stiffness by also measuring inflammation from MRI exams (no difference was observed at any dose level) and various biomarkers related to senescent cells. In part A -- the part of the study with "clinically meaningful" pain reduction scores -- there were insufficient samples available to measure biomarkers. In part B -- the part of the study without any significant difference from the placebo -- half of the samples collected demonstrated that biomarkers were altered consistent with what might be expected if UBX0101 eliminated aging cells.

To be blunt, Unity Biotech got off to a messy start in the clinic. It needs to generate more data before investors start dreaming of halting age-related diseases. To be blunter, it appears UBX0101 probably won't deliver a therapeutic benefit to individuals with osteoarthritis of the knee. Even if researchers can measure that the drug candidate wipes out senescent cells, that doesn't matter much if it doesn't relieve symptoms. That would just mean the hypothesis -- eliminating aging cells can treat disease -- is incomplete or incorrect.

Nonetheless, the company said it plans to start a phase 2 trial before the end of 2019 and announce results in the second half of 2020.

Too few data, too risky of an investment

Investors will soon have more to look forward to than UBX0101. Unity Biotech expects to file an investigational new drug (IND) application for UBX1967 and UBX1325, which also take aim at senescent cells, in eye-diseases in early 2020. That could allow the company to begin phase 1 trials later next year.

While it's good to see progress, investors cannot overlook the fact that there's simply not enough data to support the company's therapeutic approach. The business ended June with $128 million in cash, but it reported an operating loss of $44 million in the first half of 2019. Most of the operating expenses incurred are related to research and development, so Unity Biotech is furiously working to prove the validity of its approach -- but this biopharma stock remains much too risky at this time. Investors should wait for more data before considering owning this company.

Here's Why Unity Biotechnology Is Getting Crushed Today

Here's Why Unity Biotechnology Dropped as Much as 20.4% Today