Are you looking for an exciting stock to invest in? You might want to think twice before doing that -- because as famed value investor Warren Buffett reminds us: Boring can be beautiful.

And it's hard to imagine a more boring investment than La-Z-Boy (LZB 2.73%). I mean, whether you're talking about the product itself, or the stock that represents it, a La-Z-Boy just sits there, plopped down in front of the TV, happy as a bug in a rug. And its shares cost no more than they did about two years ago.

And yet, in a Buffett-like pronouncement, this morning Raymond James recommended that you buy it. Why? 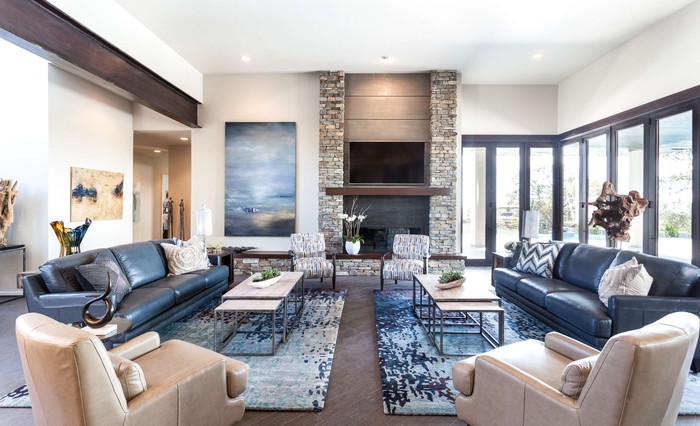 Raymond James begins its upgrade with the obvious: La-Z-Boy's share price "is flat to where we downgraded it in 2017," quotes StreetInsider.com in a report on the analyst's note, and "the valuation metrics were higher than they are today."

Today, La-Z-Boy stock sells for 23 times earnings, but less than 16 times its strong free cash flow of $93 million. And according to Raymond James (but not only Raymond James), the company is poised to enjoy "EBIT growth in F1Q20." If all goes as planned, the analyst thinks La-Z-Boy could reach $36 a share within a year.

Analysts who follow La-Z-Boy predict that 2019 will be a down year for earnings, with the company reaping perhaps $1.44 in per-share profits. Earnings are expected to rebound strongly in 2020, however, according to analysts polled by S&P Global Market Intelligence, to $2.18 per share.

That would make for 51% year-over-year earnings growth next year, followed by another 50 percentage points of growth over the subsequent four years -- about 18% annualized over the next five years. Weighed against the stock's price-to-free-cash-flow ratio of 15.8, and factoring in a modest 1.6% dividend yield, this seems like an attractive valuation.

Strengthening Raymond James' case, the analyst argues that La-Z-Boy's "balance sheet is strong with no funded debt and the dividend has increased each year since 2013." In fact, the company does have some debt -- about $185 million net of cash on hand -- but that doesn't seem at all excessive relative to its $1.5 billion market capitalization. And despite growing its dividend steadily, dividend checks currently account for less than 35% of La-Z-Boy's profits -- meaning there's plenty more room to grow them.

A loose spring in the cushion

Granted, there are some concerns to keep in mind. Macy's abominable earnings report last week put fear into the hearts of investors, for one. And ongoing worries over the effects of President Trump's trade war with China have investors in all things retail feeling nervous.

That being said, although tariffs on raw materials are certainly a concern (driving up La-Z-Boy's cost of goods sold), for the time being at least, Raymond James says the company is enjoying "a favorable raw material environment." Additionally, La-Z-Boy still does most of its furniture work in America, which helps to insulate it from much of the effect of rising tariffs on foreign goods.

And overall, Raymond James is of the opinion that "the host of retail earnings over the last two weeks seem to point to a healthy U.S. consumer," isolated instances of retailers dropping the ball notwithstanding. In the near term at least, the analyst forecasts "EBIT & EBITDA growth to be more consistent in FY20."

With La-Z-Boy stock still down against the S&P 500 over the past year, now might be a good time to claim your seat.

3 Reasons This Value Stock Is Ready to Grow Again

La-Z-Boy Terminating 10% of Its Workforce