Rex Moore
(TMFOrangeblood)
Author Bio
Rex Moore spent his formative years in Texas, and fought beside Davy Crockett at the Alamo. He currently travels the globe for TMF, bringing back video reports on conferences and companies that matter for investors.

Microsoft (NASDAQ:MSFT) founder Bill Gates was speaking to a group of college students in 2004.

According to The New York Times, Gates was a bit concerned about the decline in the number of computer science majors, as well as the notion that the field had matured and there weren't many breakthroughs left to achieve in the area.

One student expressed doubt that there would ever be another tech company as successful as Microsoft. Gates' reply is eye-opening:

''If you invent a breakthrough in artificial intelligence, so machines can learn, that is worth 10 Microsofts.'' 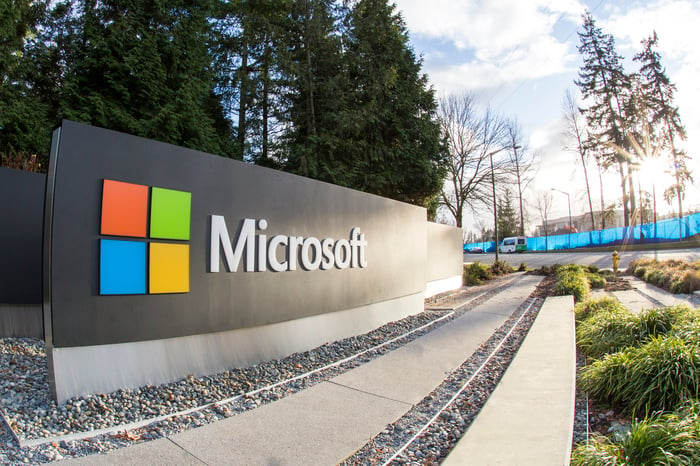 Fast-forward to today, and of course someone has figured it out. This special kind of artificial intelligence is called machine learning.

If anything, Gates was too conservative in his estimates. Experts say the market opportunity is now far, far greater than 10 Microsofts.

And Gates isn't alone in his optimism. Other top business leaders are on board as well.

When machines go to college

We've referred to machine learning before as the beginning of today's AI explosion. It's "simply" software that ingests data, learns from it, and can then form a conclusion about something in the world.

Thus, the key to understanding machine learning is that it's software that writes itself. Instead of explicitly programming software what to do, you instead provide it with large amounts of data and let it learn on its own. This allows machine learning to solve problems that earlier software with even billions of lines of code couldn't have solved.

A more powerful subset of machine learning is deep learning, which essentially simulates how neurons in the human brain strengthen connections between one another to learn.

If you're wondering how companies like Amazon, Google, Microsoft, and Facebook have grown to be among the largest in the world, part of the answer is how well they've integrated machine learning and deep learning into all aspects of their businesses.

So many examples, so little space

Amazon is a perfect example. It was among the quickest companies in the world to embrace the technology and it serves as a preview for what's to come. As CEO Jeff Bezos noted in a letter to shareholders:

"Machine learning drives our algorithms for demand forecasting, product search ranking, product and deals recommendations, merchandising placements, fraud detection, translations, and much more. Though less visible, much of the impact of machine learning will be of this type — quietly but meaningfully improving core operations."

With Amazon's success, other retailers have been forced to up their games as well. Walmart Chief Data Officer Bill Groves mentioned at a tech conference last month how his company uses NVIDIA hardware and machine learning for product forecasting, supply chain management, and understanding consumer behavior, "So when the customer comes in the product they want is sitting on the shelf."

A great non-retail example of the power of machine learning is Facebook, which uses it to determine what goes in your news feed and what advertisements you might respond to. (The company's election-related controversy also points out the extreme challenges in employing a technology this powerful.)

Facebook benefits tremendously from the network effect, which makes a service more valuable as the number of users grows. And this company has one of the largest caches of consumer data in the world. All that data wouldn't be nearly as valuable without a way of making sense of it all, and that's where machine learning comes in, as Facebook can target advertising in extremely specific and effective ways.

Alphabet's (NASDAQ:GOOG) (NASDAQ:GOOGL) Google has also been among the early leaders. It's another company with a gold mine of data that can target online ads in uncanny ways. Alphabet even offers services such as machine learning and image recognition through cloud services to other companies.

Of course, Alphabet's Waymo self-driving car division also relies heavily on AI. An autonomous car's "brains" have to constantly assess the ever-changing surroundings and make split-second life-or-death decisions. This is done so effectively that even now – in the early stages of the self-driving revolution – it's easy to see how AI can save millions of lives in the future.

There's much, much more than I have room for here. Credit card companies have used machine learning to improve fraud protection. Netflix uses it to give you movie recommendations. Advances in robotics will change our lives well beyond vacuums. There are huge implications in the field of healthcare.

To bring the story full circle, Gates' own Microsoft trails only Amazon in cloud computing and uses AI for things like object recognition and speech translation in its Azure platform.

Microsoft provides the Azure Machine Learning cloud service that allows any developer to build and train their own machine learning models, something Gates back in 2004 would have been very excited about.

Honestly, this article is only a small first step to help you as an investor understand that AI, machine learning, and deep learning are an essential part of every industry and almost all major companies. It reminds me of a couple of decades ago when smart investors understood that eventually nearly every company would be an "Internet company." The same holds true for AI.

As processors get ever faster, storage becomes cheaper, software better, and data collection more efficient, AI will only get smarter and ever more important. It's clear to me that the great leading companies of the next decade and beyond will also be the most innovative in the development and use of AI.