Please ensure Javascript is enabled for purposes of website accessibility
Log In Help Join The Motley Fool
Free Article Join Over 1 Million Premium Members And Get More In-Depth Stock Guidance and Research
By Keith Speights – Aug 25, 2019 at 11:31AM

Which stock wins in a match-up between a top Canadian cannabis producer and a leading U.S. cannabis operator?

Thanks to some quirky regulations, there are some odd realities for cannabis stocks. For example, Canadian cannabis producer Aphria (APHA) is listed on the New York Stock Exchange (NYSE) while U.S. cannabis operator Green Thumb Industries (GTBIF -2.51%) is listed on the Canadian Securities Exchange (CSE) and is available in the U.S. only on an over-the-counter market.

Because it doesn't have as much visibility, some investors could be overlooking Green Thumb Industries. But is it a better cannabis stock to buy right than Aphria? Here's how the two stocks stack up against each other. 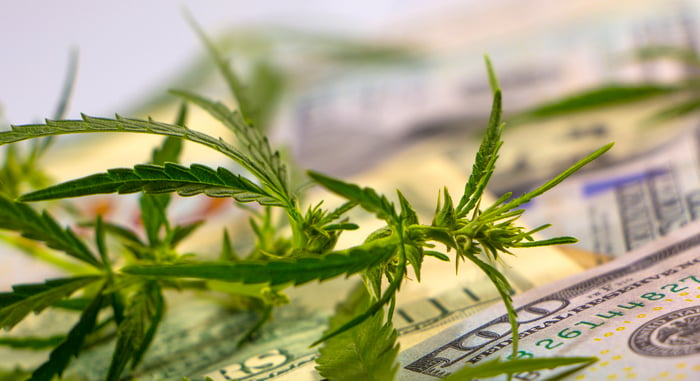 Aphria ranks No. 3 among Canadian cannabis producers in terms of production capacity. But the company is only in fifth place when it comes to market cap. This discrepancy hints that there could be some value with Aphria that investors aren't fully appreciating.

While some might shrug this disconnect off, there's another thing about Aphria that isn't so easy to dismiss: Unlike its other big peers in Canada, the company is already profitable. How did Aphria pull off achieving profitability before its top rivals? It acquired German medical cannabis and pharmaceutical distributor CC Pharma earlier this year.

For now, though, Canada remains the biggest opportunity for Aphria. The company is in a great position in its home country's adult-use recreational cannabis market with supply agreements in place with all Canadian provinces plus the Yukon Territory. Aphria's partnership with Southern Glazer's, the largest wine and spirits distributor in North America, gives the company a solid platform to reach across Canada.

Aphria should enjoy a boost in sales soon with the Canadian cannabis derivatives market launching in October. The company could especially see growth in vape sales thanks to its partnership with leading U.S. vaporizer company Pax Labs.

Several of Aphria's peers have taken steps to enter the U.S. hemp market, but so far Aphria hasn't announced any firm plans to follow in their footsteps. However, it might not be too much longer before the company's U.S. strategy is revealed. Aphria Chairman and interim CEO Irwin Simon said in the company's latest quarterly conference call that Aphria is "focused on building strategic partnerships and alliances for growth, which emphasizes on [sic] the U.S. CBD market until medical cannabis is fully legalized."

One huge advantage that Green Thumb Industries (GTI) has over Aphria is that it can operate in the U.S. cannabis market. Of course, the downside is, as mentioned earlier, that GTI can't list its stock on a major U.S. stock exchange.

That hasn't stopped the company from delivering impressive growth. GTI reported record revenue of $28 million in the first quarter, up 155% year over year and 34% quarter over quarter. However, the company remains unprofitable as it ramps up spending in connection with its aggressive expansion efforts.

As a result of those expansion efforts, GTI now operates in 12 U.S. states. At least four of these states are projected to have annual legal cannabis sales of more than $1 billion within the next three years.

GTI currently operates 28 retail cannabis stores. That count should increase significantly in the near future, with the company owning licenses for 95 retail locations. GTI claims an especially strong position in Las Vegas, where it has three high-traffic retail locations and the only cannabis store on the famous Las Vegas Strip.

The company also could win in the U.S. CBD market. In February, GTI acquired For Success Holding Company, the owner of Beboe luxury cannabis products. Beboe launched its line of CBD-infused skincare products in April.

GTI has some fans on Wall Street. Piper Jaffray recently included GTI as one of five cannabis stocks that it recommends as buys. And if the consensus price target for the analysts covering GTI is right, the stock could more than double over the next 12 months.

My view is that both of these cannabis stocks have plenty of room to run. If I could only pick one of them, though, it would be Aphria.

I like that Aphria is already profitable. The company should be a top candidate for major players outside the cannabis industry to partner with. I also have a favorable opinion of Aphria's chairman and interim CEO and look for him to help select a strong new CEO to run the company over the long run.