iRobot, Nordstrom, and American Outdoor Brands are all flying unseen.

Whether it's a tiny upstart or an established stalwart, sometimes companies are either ignored by Wall Street or fall out of favor with its analysts. For investors following them closely, though, that provides an opportunity to swoop in before attention turns to them once more.

iRobot (IRBT 3.19%), Nordstrom (JWN 5.51%), and American Outdoor Brands (SWBI 2.42%) are three stocks currently flying under Wall Street's radar. Let's see what these Foolish contributors say about why you might want to dive in here. 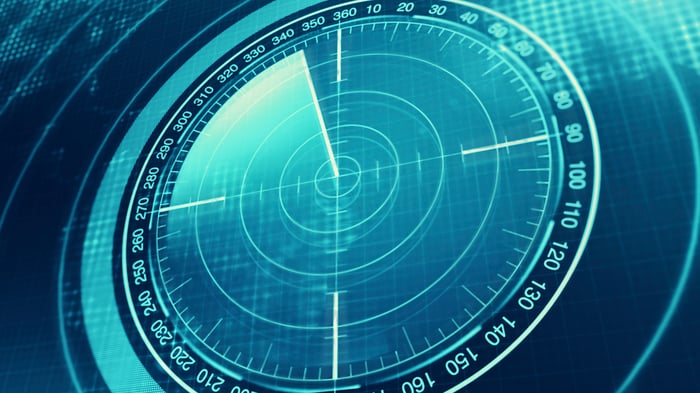 John Bromels (iRobot): Wall Street has given the cold shoulder to Roomba robotic vacuum maker iRobot lately, and the company's shares have suffered, dropping 19.5% so far this year. However, I'm still bullish on the robot specialist's prospects in the long term, and I think Wall Street's indifference could mark an excellent time to scoop up some shares.

The big reason for iRobot's poor performance in 2019 boils down to one word: tariffs. Although iRobot is growing revenue at a healthy clip and successfully managing costs, CEO Colin Angle cut the company's guidance anyway. On the Q2 earnings call, he explained why: "[W]e believe that the direct and indirect impacts of the ongoing U.S.-China trade war and the recently implemented 25% tariffs are likely to constrain U.S. market segment growth in the second half of the year."

The thing is, even the downward revision of the company's 2019 guidance still calls for double-digit year-over-year revenue growth. True, it'll be in the 10% to 14% range instead of the 17% to 20% range, but that's still not bad. And given the massive size of the potential market for iRobot's robotic vacuums, mops, and lawn mowers, future growth seems likely.

As long as the tariffs continue to drag on, iRobot's growth may be stunted, but investors should look further out at the company's excellent long-term prospects.

Jeremy Bowman (Nordstrom): It's tough out there for department stores these days. Sears has gone bankrupt, J.C. Penney looks to be on the brink, Macy's just slashed its profit forecast for the year, and Kohl's has sold its soul to Amazon.com.

Nordstrom, on the other hand, appears to be getting punished for the struggles of its peers, even though in reality the company is in much better shape than the rest of its sector.

In addition, to its department-store business, Nordstrom has a successful off-price chain, Nordstrom Rack, that competes more closely with TJX's T.J. Maxx than with other department stores, and a thriving online business that makes up close to a third of its sales.  Meanwhile, the company is also experimenting with projects such as Nordstrom Local and Trunk Club, the curated styling service that grew out of a 2014 acquisition. And the retailer still has ambitious expansion projects in New York, where it will soon open its flagship women's store, and in Canada, where it recently opened up six full-line stores and is filling in that market with Rack locations.

Despite those potential growth drivers, the stock has tumbled, down 56% over the past year. Today, the stock offers a dividend yield of 5.9% and has a P/E ratio of less than 8 based on this year's guidance. In addition, the founding Nordstrom family is making rumblings about an acquisition or at least buying up the discounted stock. The latter move would surely lift shares.

The company reports second-quarter earnings after hours on Wednesday. A bullish report could send the stock soaring and cause Wall Street to take a second look at this overlooked retail stock.

Rich Duprey (American Outdoor Brands): Few analysts cover Smith & Wesson owner American Outdoor Brands, with the firearms industry considered perhaps the biggest of sin stocks these days. Yet that creates an opportunity for investors looking to delve into companies that others abhor, and the gunmaker provides good reason to take a closer look.

The industry has been in a two-year slump without much fear-based buying, with a Congress and president generally supportive of gun ownership rights. After a big run-up in 2016, sales have fallen steadily over the past two-plus years. But things might be changing.

FBI criminal background checks that were adjusted by the National Shooting Sports Foundation to eliminate duplicate existing permit holder checks -- a better indicator of gun buyer demand -- have posted three consecutive months of growth. At just a 1.8% gain, they're admittedly still weak, but it's the first time since 2017 the industry has posted such consecutive gains, indicating that it's probably reached a bottom.

American Outdoor Brands also had a surprisingly strong fiscal fourth-quarter report and is due to issue first-quarter results at the end of the month, and there's reason to believe the numbers might be better than expected. New product sales of both firearms and outdoor equipment are important growth drivers, and American Outdoor has released hundreds of them in the past year, many toward the end of its fiscal year. That means demand could carry over into the new year and offset seasonal weakness.

Trading at less than eight times next year's earnings estimates and at just a fraction of its sales, the gunslinger is at historical lows that have often been succeeded by significant growth spurts. Wall Street may be ignoring American Outdoor Brands, but you shouldn't.