The global video game industry was valued at over $130 billion in 2018, according to a report from GlobalData, and is projected to grow at a compound annual growth rate of 13% until 2025. This is likely a surprise to most people. What isn't a surprise is that every single person with a smartphone has some kind of game to play on it when they have a few minutes to spare.

This rise of mobile gaming has contributed to the growing sensation of the gaming industry, which includes video game live streams and esports competitions. It's thanks to companies like NVIDIA and Micron Technology producing advanced graphics cards and memory that we are able to enjoy games on a variety of platforms, but the explosion of the video game market has given opportunities for a variety of industries to benefit. The obvious are pure-play companies producing games, like Activision Blizzard and Take-Two Interactive. Less obvious plays include Amazon and Microsoft, which contribute to the streaming industry with cloud infrastructure.

Alphabet (NASDAQ:GOOGL) (NASDAQ:GOOG) made a big stab at jumping in when it attempted to purchase game streaming company Twitch, but ultimately didn't follow through. But Alphabet and its Google subsidiary clearly see the potential growth in gaming, bringing to market a catalyst that will change the gaming industry forever.

When you think of how to play video games, you likely think of Xbox, Playstation, or Nintendo. Or perhaps you're thinking about Google's upcoming Stadia game streaming service. Google announced Stadia in March at its Game Developers Conference and recently released more details on what to expect from the 14-country launch in November. Stadia plans to launch in the U.S., Belgium, Canada, Denmark, Finland, France, Germany, Italy, Ireland, Netherlands, Norway, Spain, Sweden, and the U.K. this year, and the company is aiming for more in 2020.

Stadia has the potential to render all consoles obsolete by having Google use its servers to provide all the computing and processing power needed to play. All that will be required by the gamer is a Stadia subscription, an internet connection, and a screen of some sort, which could be a personal computer, a TV, or even a smartphone. Removing the need for a console will make the gaming experience seamless. 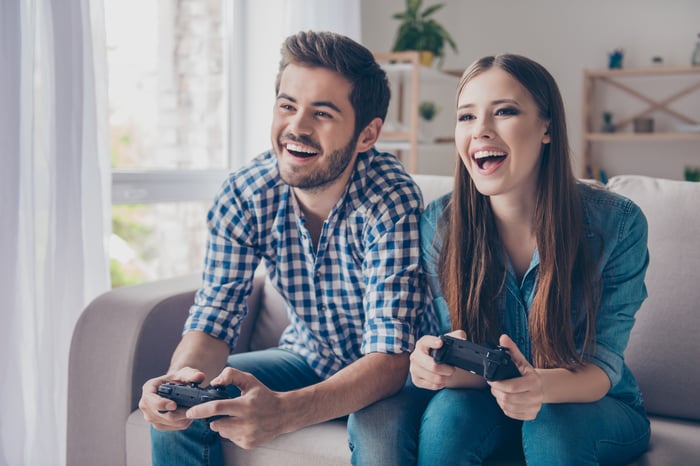 One of the most fascinating features of not requiring a console is that there will no longer be updates, because the entire updated game will stream directly from Google. For any tenured gamer, this is a game-changing concept.

Google has done a phenomenal job by having its ducks in a row for this launch. It has recruited some of the top games, including several new releases, to be available at launch. A few of the titles include NBA 2K20, Elder Scrolls Online, Tom Clancy's The Division 2, Destiny 2 Collection, as well as the yet-to-be-released Baldur's Gate 3.

Google has said that "to build Stadia, we've thought deeply about what it means to be a gamer and worked to converge two distinct worlds: people who play video games and people who love watching them. Stadia will lift restrictions on the games we create and play -- and the communities who enjoy them."

Traditional game consoles have come quite a distance, dating back to one of the originals, the Atari in 1977. Hitting a ball back and forth in the iconic game Pong was out of this world. Fast-forward to today where we have games being rendered in 4K resolution and it's clear how far we have come. Stadia is the next step.

Stadia plans to offer two options for subscriptions -- a free option that will allow gaming in up to 1080p, and a 4K streaming option that runs $9.99 per month that will include additional benefits like discounts on game purchases. This attractive price point will easily entice gamers to opt for a paid subscription, which should establish a monster cash generator for Google in an economy that is becoming increasingly subscription-based. This will also provide it significant exposure to the next generation of gaming.