The retail industry has been under fire lately, but some pockets of the sector have handled those difficulties pretty well. Among them is Five Below (NASDAQ:FIVE), which caters to teens and pre-teens looking for inexpensive products that are still stylish and in demand. Early investors in Five Below have been happy with their investment, but the rapidly shifting retail environment has still forced shareholders to stay on their toes.

Coming into Wednesday's second-quarter financial report, Five Below shareholders wanted evidence that the retailer's growth would keep up the pace. The numbers that it reported weren't perfect in all respects, but they did seem to give investors confidence.

How Five Below fared

Five Below delivered another in its long string of quarters with consistent growth. Revenue climbed 20% to $417.4 million, which just under the 21% growth rate that most of those following the stock had anticipated. Net income of $28.8 million was up 15% from year-ago levels, and the resulting earnings of $0.51 per share topped the consensus forecast among investors by $0.01 per share. 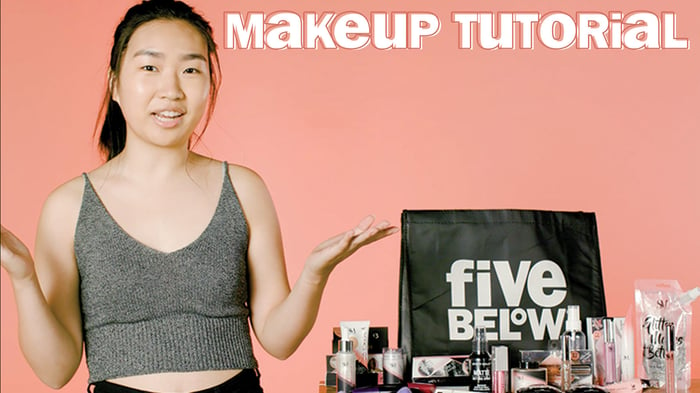 However, Five Below did experience some crosswinds. Comparable sales were up just 1.4%, which was only about half the growth rate that it produced last quarter. The company's expansion efforts continued to accelerate, though, as it opened 44 new stores during the period, bringing its total to 833 stores across 36 states.

Things turned around for Five Below from a profit standpoint. Operating income climbed by 18%, and the retailer overcame a boost in its effective tax rate to achieve bottom-line growth. Gross margin was essentially unchanged from the previous year's period, and the rise in overhead expenses almost exactly matched the retailer's revenue growth rate.

CEO Joel Anderson expressed contentment. "We saw broad-based strength across our worlds," he said, "despite a slower start to summer, which impacted sales of our seasonal assortment." The CEO pointed to new store performance as a key factor in lifting the business higher.

Can Five Below keep growing?

Five Below set some fairly high expectations. "We are pleased with the start to the third quarter, with a back-to-school assortment that is resonating with customers," Anderson said. The executive also noted that the company's strategic vision includes looking at ways to improve the customer experience, such as changes to store formats,  remodeling, and the company's Ten Below test.

Yet not everything has been perfect for Five Below. Trade tensions have led to tariffs that have had an impact on the business, and the lack of predictability about those levies has forced the company to stay prepared for whatever the future might bring on the trade front. In particular, the retailer now believes that current tariffs will remain in place, and that the import tax rates will rise from 25% to 30% on Oct. 1, while new tariffs on certain other goods will also take effect in September and December.

Management's new guidance reflects those uncertainties. Full-year revenue is now expected to fall between $1.872 billion and $1.892 billion, which was about $7 million higher than previously predicted. However, the company widened its earnings projection range to $3.08 to $3.19 per share; the midpoint of the new earnings range was down slightly from the prior forecast.

While investors initially seemed disappointed with that guidance, they apparently came around to accept the report as satisfactory; the stock eventually climbed by almost 3% in after-hours trading following the announcement. The future still holds considerable uncertainty in retail, but teens look prepared to keep shopping, and Five Below intends to take full advantage by providing the products that those young shoppers want to buy.