Please ensure Javascript is enabled for purposes of website accessibility
Log In Help Join The Motley Fool
Free Article Join Over 1 Million Premium Members And Get More In-Depth Stock Guidance and Research
By Rick Munarriz - Aug 28, 2019 at 9:15AM

Big payouts can provide more than dining-out money when you invest in eatery stocks.

It's cool to invest in restaurant stocks again. Time-strapped consumers are hungry for eatery offerings, and the gig economy has exploded with a fleet of app-directed drivers giving chains a shot at incremental takeout revenue. Some restaurant stocks may take some time to heat up, and that's where dividend checks come in.

McDonald's (MCD 1.52%), Cracker Barrel Old Country Store (CBRL 2.35%), and Texas Roadhouse (TXRH 1.43%) are three well-known chains that reward investors with steady trickles of income. The yields might be modest in some cases, but all three stocks stand to reward investors with capital gains along with the healthy flow of distributions. Let's take a closer look at the three chains. 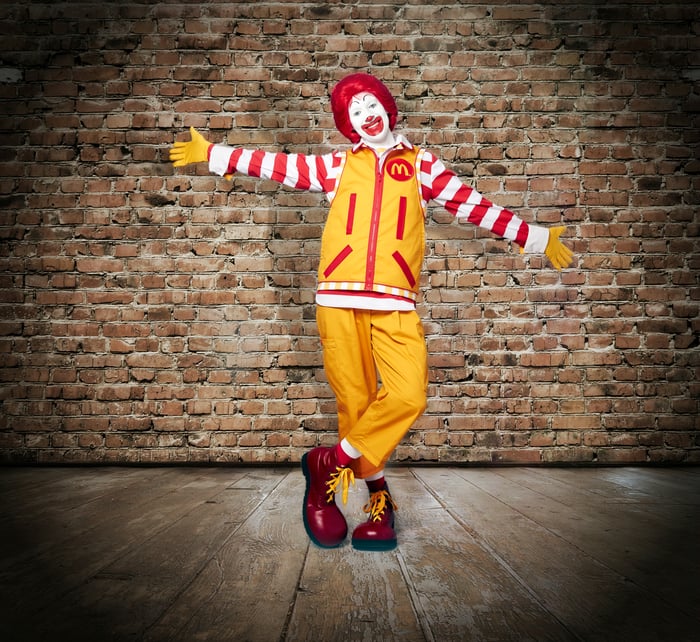 The world's largest chain has boosted its disbursements for 42 consecutive years. The Big Mac daddy has announced the hikes in September the past three years, so we're likely a few weeks away from McDonald's stretching its streak of dividend increases to 43 years. The stock's yield of 2.1% may not seem like the kind of payout one would expect from a stock with more than four decades of hikes, but that's only because the stock has been hotter than its fryers.

Shares of McDonald's hit more all-time highs earlier this month, and its latest quarter was another beauty. Comparable-store sales soared 6.5%, with growth across all of its segments. It's been a major player of food delivery through third-party apps, putting the onus of fulfillment on the backs and pocketbooks of the platforms and their deficit-subsidizing venture capitalists.

With its yield of 3.2%, Cracker Barrel commands the loftiest payouts on this list -- and it gets better. The chain that combines comfort food with rustic general stores has declared special dividends in each of the past five summers, beefy distributions that have taken the overall yield north of 5% the past few years.

Sales are inching higher in the low-single digits, and earnings growth isn't very exciting. Cracker Barrel isn't at its best right now, but the concept itself has retro charm that comes in and out of casual-dining favor. The huge overall yield will treat investors through the ebb and flow.

McDonald's has risen to the point where its yield seems low, and on the other hand we have Texas Roadhouse, which used to have an unimpressive payout until its declining stock pushed it higher. The company has a yield of 2.4%, and after hitting new lows last week, it's an interesting candidate as a potential turnaround story.

The good news is that comps remain positive, and Texas Roadhouse continues to strategically open new casual steakhouses. Investors have soured on the stock given the chain's sluggish earnings trends, but sometimes peanut-shelled floors make it hard to look up at the ceiling. Texas Roadhouse has been a proven winner over the long haul, and it will find solutions to its cost-containment challenges.