Investors are wondering how low this maligned pot stock will go before it becomes a good deal.

The marijuana industry has seen its fair share of scandals throughout the years. The most recent fiasco in the sector is a Canadian cannabis giant that got caught illegally growing marijuana. CannTrust Holdings (CNTTQ -50.00%) saw its shares plunge by more than 83% since reaching a high mid-April. In July, Health Canada discovered the company had been deliberately deceiving inspectors, operating illegal covert grow rooms in its Ontario-based facilities.

Since then, a slew of developments has torn apart CannTrust's stock price. For one, it came out that the company had been shipping this illegally produced cannabis overseas, which is a crime under Canada's Cannabis Act. Next, its CEO Peter Aceto and Chairman Eric Paul, who were well aware of the covert operation, were fired from their positions. Most recently, the Ontario Cannabis Store, a crown corporation in charge of retailing all marijuana in the province, returned $2.9 million worth of cannabis products that they claimed was "non-conforming" to their supplier agreement. While it's unclear whether this means the product was low-quality or whether it's due to CannTrust's legal violations, what is clear is that this could mark the end of CannTrust's relationship with Canada's largest provincial marijuana retailer. Amidst a never-ending series of bad news, is it possible that CannTrust could become a value play if shares fall low enough?

It's worth mentioning that most analysts and experts aren't recommending CannTrust even at its current discount. Despite losing more than 80% of its value, the company has some serious issues that won't be sorted out for a while. While previous scandals in the cannabis sector have seen some stocks plunge, many of them have staged an impressive comeback in the weeks and months following their respective incidents. 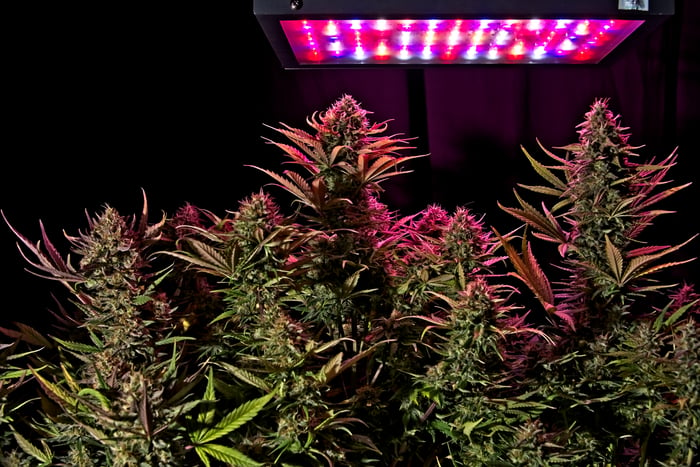 Investors recall the drama surrounding Aphria (APHA), where a short-seller report blamed senior management for orchestrating a complex scheme to funnel shareholder value through a series of overpriced Latin and South American acquisitions. Shares of the company recovered after the resignation of longtime CEO Vic Neufeld. At a cursory glance, this might seem similar to what's going on with CannTrust, but the problems facing CannTrust are much more severe.

Former CannTrust executives are likely to face criminal charges with potential jail sentences looming on the horizon. "We see strong likelihood of a fine by Health Canada for a breach of the Cannabis Act, over fifteen class actions now filed with many more investigating which could increase that number, (and) the possibility of jail time for those involved," said Ryan Tomkins, an analyst with Jefferies. This isn't an issue that can be brushed off easily.

Considering the fact that there are already plenty of law-abiding cannabis companies in the market, CannTrust doesn't exactly stand out in this already crowded sector. Even if CannTrust somehow stages a recovery, there aren't many reasons why an investor would buy its share over another company which hasn't had its reputation damaged by such an avoidable scandal.

If CannTrust isn't likely to recover anytime soon, the next question to ask is at what point will it become undervalued?

According to its fiscal Q1 financial statement, CannTrust has $224.5 million in total assets, and only $34.4 million in total liabilities, leaving $190 million in shareholder equity. With 141.2 million outstanding shares, CannTrust's market cap would need to fall below $190 million to be worth less than the value on its books. Currently, its market cap sits at $262 million, meaning the stock price would have to fall below $1.86 to be undervalued from a strict equity standpoint.

Value investors would love the idea of buying a stock that is worth less than its equity, and it's definitely a possibility with CannTrust. However, the company could end up losing much of its net worth in potential fines from the Canadian government. CannTrust could be forced to sell-off most of its assets to raise funds to pay off these fines. If this happens, CannTrust's stock value could easily slide down into the penny stock range as it becomes just a shell of its former existence.

The potential for a private buyout

Another possibility that investors need to look out for is a potential private buyout offer from other cannabis companies. CannTrust has already begun attracting interest from other parties. While nothing has been confirmed at this point, many top cannabis executives have alluded to a possible offer. Aphria Chairman Irwin Simon said earlier in August that CannTrust has "some great assets" and that he always "looks for great opportunities."

Another company rumored to be considering a buyout is RavenQuest Biomed, which has a history of buying scandal-ridden cannabis producers for dirt cheap, such as the case with Bonify Medical Cannabis.

A buyout offer, even at a heavily discounted price, would easily push CannTrust's share prices up. While this seems like the most likely outcome at this point, it's hard to recommend CannTrust as a potential value play for investors looking for an undervalued stock. There is just too much going on to say for certain at what price point CannTrust would become undervalued. With much of its assets liable to being liquidated to pay off potential fines, there's really no telling how low the stock can go in the future.