Under Armour (NYSE:UAA) (NYSE:UA) has struggled mightily in recent years. Both shifting consumer tastes and bankruptcies among retailers that sold its products have taken a toll on the once hard-charging athletic apparel company, and its sales growth has slowed.

In turn, Under Armour's previously high-flying stock has shed nearly half its value over the past half a decade. That's a brutal performance, particularly when compared to the approximately 60% gain the overall market has returned over that period, as represented by the S&P 500.

But is Under Amour poised for a rebound? Or does more trouble lie ahead? 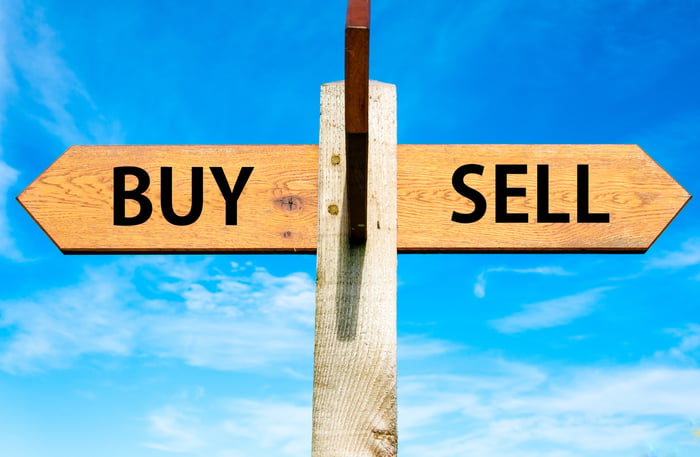 Under Armour estimates the size of the global athletic apparel and footwear industry at $280 billion. Within this massive potential market, it's focusing its efforts on people who take fitness much more seriously than average. These "focused performers" represent a $92 billion opportunity, according to the company. At its current $5 billion revenue run rate, Under Armour is just scratching the surface of that core target market.

Yet sales have been disappointing

Despite its expansion potential, Under Armour is delivering tepid sales growth. Revenue rose just 1% to $1.2 billion in the second quarter. Apparel revenue actually fell 1% to $740 million. And sales of footwear, which management considers a core growth driver, increased by only 5% to $284 million.

Worse still, in North America, which accounts for nearly 70% of its sales, revenue declined by 3%. Reduced shelf space at some key retail distribution partners, declining traffic at its own branded outlet stores, and weaker conversion rates for its e-commerce sites all contributed to the slippage.

Moreover, Under Armour's international sales growth of 12% was a drastic deceleration from the 28% growth the company achieved in the prior-year quarter.

Under Armour's sales growth has underperformed that of rival apparel companies Nike (NYSE:NKE) and Adidas (OTC:ADDYY). Nike's total revenue rose 4% -- and 10% on a constant currency basis -- in its most recent quarter. Adidas' revenue, meanwhile, grew 4% on a currency-neutral basis and 5% on a reported basis.

Yet shares are still pricey

Despite its troubles, Under Armour's stock is priced at a premium. Shares currently trade for nearly 100 times trailing 12-month earnings and more than 50 times analysts' estimates for 2019. A valuation like that might have been justified when Under Armour was consistently growing sales by more than 20% per year, but those days appear to be long gone.

All told, with its weak sales growth, precarious competitive position, and overvalued stock, Under Armour is not an attractive buy today.