The organization's first quarter of its new fiscal year fell well below plan.

Shareholders of J.M. Smucker (SJM -0.33%) weren't expecting dazzling earnings growth as they awaited the company's fiscal first-quarter 2020 report, as management had already warned that full-year revenue expansion would fall in a middling range of 1%-2%. However, the last three months have drifted well off this projected pace, as results released on Tuesday revealed.

Let's walk through the headline numbers below and then ascertain what's compressed the packaged-food conglomerate's potential so early in its fiscal year. (Note that all comparison numbers in the discussion that follows refer to those of the prior-year comparable quarter.) 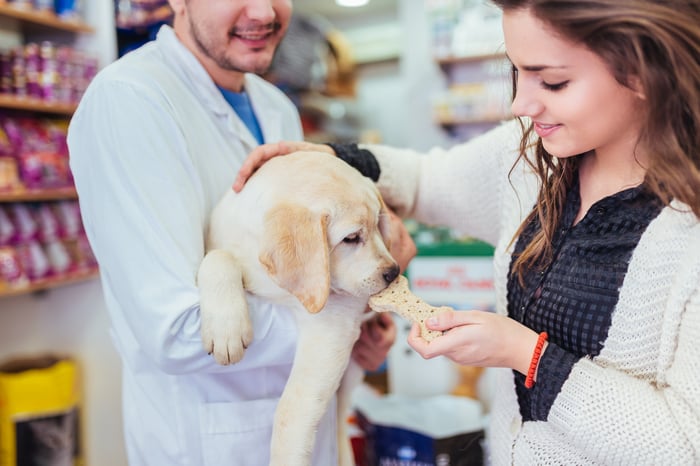 Our first-quarter performance fell short of our expectations primarily due to the timing of shipments and deflationary pricing in the coffee and peanut butter categories, as well as competitive activity in the premium dog food category. We have continued momentum in many key product categories, and we are already taking decisive actions and prioritizing initiatives that strengthen our business. We remain confident in our strategy, which includes a continued focus on our growth imperatives to lead in the best categories, build brands consumers love, and be everywhere, combined with a relentless focus on operating with financial discipline, all of which will enhance shareholder value for the long term.

For those interested in finding relative safety through investment in consumer goods stocks, Smucker's comments illustrate the reality of present challenges in this industry. J.M. Smucker branched out into the premium pet foods business in an effort to open up faster-growing revenue streams relative to its packaged-foods segments. Yet capable competitors have also redirected resources to new adjacencies.

For example, General Mills acquired the premium pet food brand Blue Buffalo in April 2018, weeks before Smucker closed its Ainsworth transaction, and it's similarly attempting to scale its newly purchased brand. Thus, Smucker finds itself in a near-term jam as its premium pet business, acquired to spur growth, is already fighting for market share in an increasingly crowded field.

J.M. Smucker pulled back on its previous financial guidance for fiscal 2020. The company now expects revenue to fall in a range of negative 1 percent growth to flat against the prior year, versus the previous forecast of 0%-1% year-over-year expansion. Adjusted earnings-per-share projections have been reduced slightly to a band of $8.35-$8.55, versus the prior expectation of $8.45-$8.65.

These revisions, coupled with the quarter's revenue retracement, soured investors' moods -- shares lost 8% on Tuesday. But on the bright side, the share-price drop helped push Smucker's already generous dividend yield even higher: The stock now yields 3.3% on an annualized basis.