Rates could be up to 20% to 30% lower than third-party insurers, the automaker says.

Tesla (TSLA -1.44%) has already expanded into two additional markets beyond electric cars: energy storage and solar. Now the company wants to add a fourth leg to its business: insurance. Tesla announced an auto insurance service on Wednesday, which will be offered through a new business called Tesla Insurance Services. 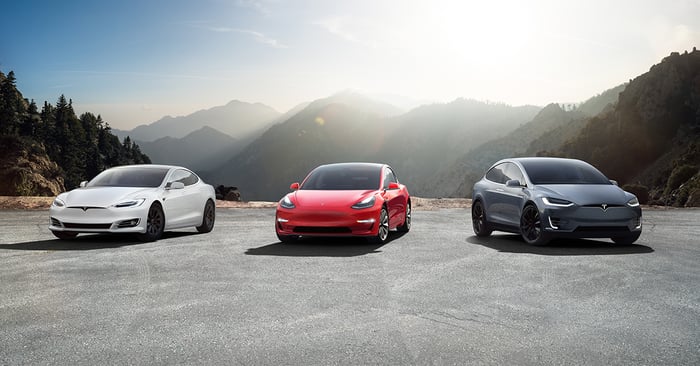 Perhaps as part of a move to roll out the service gradually while working out kinks, Tesla Insurance will only launch in California at first. But the company says it will expand to more states over time. The service is available for all of the company's vehicles, including the Model X, Model S, Model 3, and Roadster.

The key to Tesla Insurance is its affordability, according to the company.

"Tesla Insurance is a competitively priced insurance offering designed to provide Tesla vehicle owners with up to 20% lower rates, and in some cases as much as 30%," the company says. The automaker believes it will pull this off because of its direct understanding of its vehicles' technology, safety, repair costs, and advanced driver-assist technology.

Tesla also implied that the price of its insurance will come down over time: "Tesla Insurance reflects the benefits of Tesla's active safety and advanced driver assistance features.  As with all Tesla products, Tesla Insurance will continue to evolve in order to provide lower total cost of ownership and increased ease of customer experience."

The company is making it easy for new or existing Tesla owners to sign up for Tesla Insurance, with purchasing a policy on its website taking as little as a minute.

If many Tesla owners can really get lower rates through Tesla Insurance, a large portion of the company's loyal customer base could choose the new service. But investors should wait to see signs of success before they start betting the new venture can contribute to the company's business performance.

Berkshire Hathaway's (BRK.B -0.90%) (BRK.A -0.82%) Warren Buffett argued in the company's annual shareholder meeting earlier this year that Tesla's decision to get into the insurance business could be a mistake. "It's not an easy business," he said. Buffett knows a thing or two about insurance. Not only is GEICO a Berkshire subsidiary, but Berkshire owns insurance companies that insure other insurance companies. "Our [insurance business] has been the engine propelling Berkshire's growth since 1967," Buffett wrote in the company's 2018 letter to shareholders.

But a case could be made that Tesla may not be aiming to profit from insurance -- at least maybe not in the near term. The company could have other motives for the new service, such as streamlining the purchasing experience, getting customers more entrenched in its ecosystem, and lowering the total cost of ownership.