At first sight, the negative market reaction seems exaggerated as revenue increased by 38.49% and 41.56% over the last two quarters. And many other metrics reflect strong operating performance. For instance, customers have been spending more money per order over the last several years. Also, management forecasted another quarter of revenue growth above 30%. Considering the large TTM (trailing 12 months) revenue base of about $8 billion, the expected growth rate is remarkable. 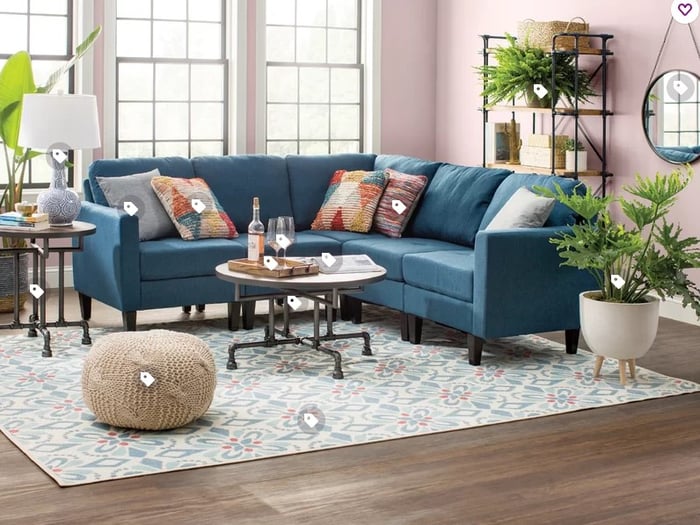 But, besides the impressive top line performance, the situation is challenging. The company is generating increasingly heavy losses despite its growing scale. Over the last 12 months, losses reached $677.9 million, which is more than triple the losses the company experienced in 2016. Over the same period, revenue increased by only 136.9%.

As a result of its mounting negative free cash flow -- $258.3 million in the holw since the beginning of the year -- the company raised capital one more time to finance its growth.

The term of the new $825 million convertible senior notes seems attractive for the company, though. The interest rate of 1% is low and the potential dilution will take place only if the stock price exceeds $148.48 by 2026.

If the stock doesn't reach this price by that time, the company would have benefited from cheap debt. And if the dilution takes place, shareholders would have enjoyed a stock price increase of at least 37.2% when compared to today's price of $108.23.

Considering the low cost of debt, the burden of the interests cash payment is limited. But the company is facing the risk of refinancing its debt at unfavorable conditions as the debt load increases because of the cash burn.

The heavy losses are not likely to improve over the short term as the company is facing fundamental challenges.

The strategy associated with a strong revenue growth consists of improving margins thanks to bigger scale. But the results haven't materialized so far.

[During the last quarter, the company generated losses in the U.S., which was its only profitable segment. And it's also its bigger market, by far, as it generated approximately 85.4% of its total revenue during the previous quarter.]

After many profitable quarters over the last few years, the U.S. segment generated losses since the beginning of this year. This development is significant as the U.S. represented 85.4% of the total revenue during the previous quarter.

In contrast, the losses from the international segment are understandable. The company recently started its business in Europe and is building its infrastructure. [Also, revenue in this segment is growing at a faster pace than the total revenue, but the revenue growth outside of the U.S. is already declining.] International is its fastest growing segment. But even growth within international is starting to wane.

And, of course, competition remains a huge threat. Walmart (NYSE:WMT) and Amazon (NASDAQ:AMZN) are also developing their online furniture business. Both companies now propose their own private-label furniture brands. Amazon rolled out its show room at the beginning of the year. And the two giant retailers benefit from huge advantages compared to Wayfair. Their online furniture segment can sustain losses over many years thanks to their other profitable businesses.

Wayfair's market capitalization of about $10 billion still corresponds to a rich valuation. Because of its significant cash burn of several hundred million dollars per year, the debt load is growing as the company continues to seek external financing. Despite the impressive revenue growth, management still has to prove it can turn the company into a profitable business. Wayfair is also facing a strong competition from the two giant retailers Amazon and Walmart.

Thus, even with the recent decline in the stock price to about $108, the investment proposition is still risky at this price.