It's a Tale of Two Tech Stocks this evening, with the pair of companies beating analyst projections.

So it's no wonder that tech is a lively sector in share-swapping tonight. Read on to find out the latest numbers from two prominent tech titles. 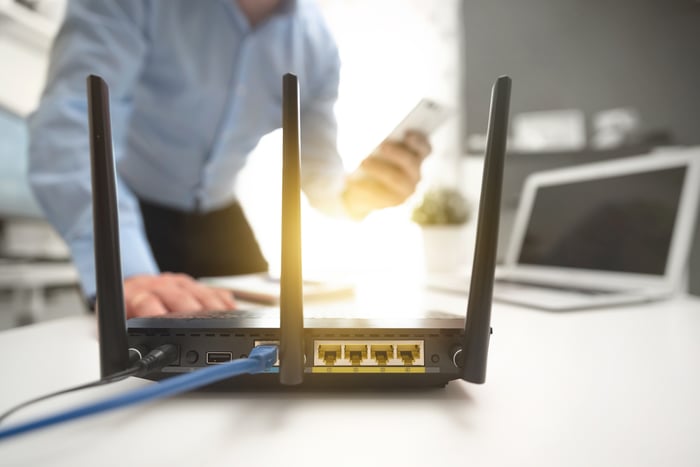 Cloud computing provider Nutanix (NTNX -5.08%) delivered its final earnings report for its fiscal 2019, ending the year with quite a bang.

For Q4, the company earned just under $300 million in revenue. That was down slightly on a year-over-year basis. That was on nearly $372 million in bookings, against $395 million in the year-ago quarter.

Owing to factors such as a general slowdown in the market for cloud services generally, and a shift to a subscription-based business model particularly for Nutanix, investors had expected worse. On average, analysts were modeling revenue of just under $294 million and a deeper per-share net loss of $0.64.

The company also proffered selected guidance for its current Q1 of fiscal 2020. It believes revenue from its core software and support activities will come in between $290 million and $300 million. Adjusted per-share net loss should land around $0.75.

The market likes what it sees with Nutanix's latest numbers. The stock has zoomed 19% higher in post-market trading tonight.

Although the dynamic was similar with Okta (OKTA -1.95%), after-hours investors are reacting differently to the company's just-released quarterly results.

In the press release detailing the results, Okta wrote that it is benefiting "as organizations look to adopt more cloud technologies and accelerate their businesses' digital transformation in a highly secure and easy to use manner."

Collectively, analysts who track the stock were expecting revenue of $131.2 million and a per-share net loss of $0.10.

In spite of the beats, Okta shares are trading slightly lower just now. They're down by 2%.