Please ensure Javascript is enabled for purposes of website accessibility
Log In Help Join The Motley Fool
Free Article Join Over 1 Million Premium Members And Get More In-Depth Stock Guidance and Research
By Anders Bylund - Aug 29, 2019 at 9:07AM

The maker of scoreboards, digital road signs, and other forms of advanced signage destroyed Wall Street's expectations in the first quarter, sending the stock 13% higher.

What happened with Daktronics this quarter? 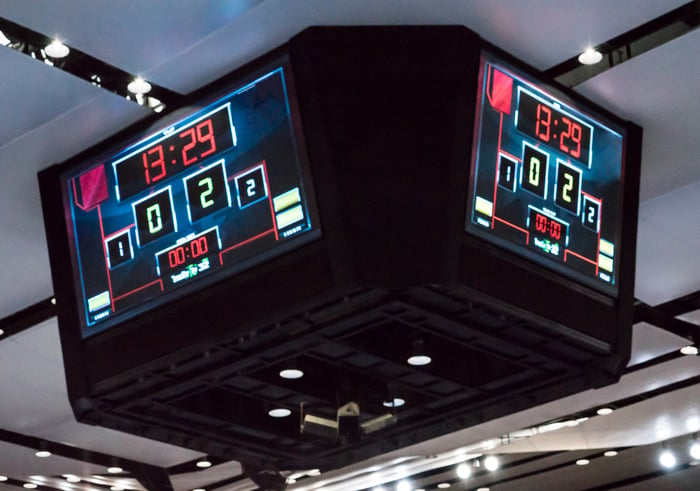 Orders increased in Live Events, International and Commercial business units, decreased in High School Park and Recreation business units, and were relatively flat in the transportation areas. Live Events orders led the increase primarily due to the number of projects for professional sports arenas and colleges and university venues available. ... Example wins include projects for the Cincinnati Reds; The U.S. Military Academy; and TD Gardens, home of the Boston Celtics and Bruins, to name a few. We were also awarded several projects on college campus athletics, as these customers are looking to increase the fan experience and attract players and fans to their events.

Daktronics also won large-scale contracts in overseas venues such as Macau and Riyadh during the quarter, mostly for state-run sports arenas and transportation signage.

"While economic concerns linger and the global tariff and trade environment create headwinds in the near term, our pipeline of project opportunities remains active and supports growth," said CEO Reece Kurtenbach. "We enter the second quarter of fiscal 2020 with a strong backlog and a positive outlook."

Is There Any Light at the End of This Tunnel for Daktronics?