As the stock market rallies, a cloud software company shines while a discount retailer runs into trouble.

Shares of Nutanix (NTNX -2.18%) soared on Thursday, up 31% just before noon, after the cloud computing company's fiscal fourth-quarter report beat expectations. While total revenue was down as the company reduced its dependence on hardware, the transition to subscriptions showed signs of progress.

Total revenue was $299.9 million, down 1.3% year over year but $6.4 million ahead of analyst estimates. Total billings were down as well, but billings from subscriptions accounted for 71% of total billings, up from 52% in the prior-year period.

On top of lower hardware revenue, the shift to subscriptions put additional pressure on the company's results. A subscription spreads out revenue recognition over time, while the cost to acquire that subscription customer is mostly realized up-front. This creates a headwind for both revenue and profit, which is what Nutanix experienced in the fourth quarter.

Nutanix posted a net loss of $0.57 per share on an adjusted basis, $0.07 better than analyst expectations but way down from a loss of just $0.11 per share in the prior-year period. The bottom line will get worse before it gets better – the company expects a per-share adjusted loss of $0.75 in the first quarter of fiscal 2020. But this number should start moving in the right direction once the subscription transition nears completion.

Nutanix said it was ahead of schedule moving to subscriptions. This progress, along with better-than-expected results, triggered a huge rally for Nutanix stock on Thursday.

Ollie's Bargain Outlet stock is having a rough day, down 24% by noon. The discount retailer grew sales in its second quarter by opening new stores, including some in former Toys R Us locations. But comparable sales declined, and the bottom line tumbled. 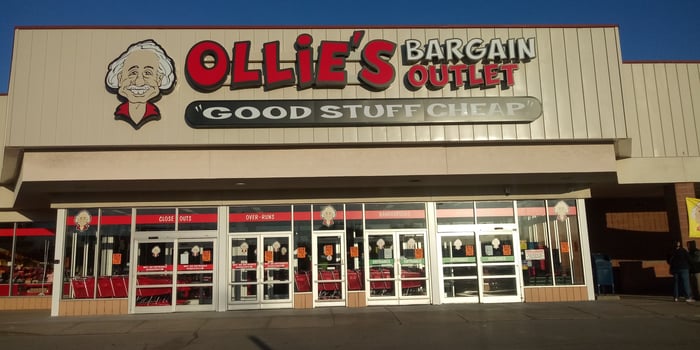 Total revenue was up 15.9% year over year to $333.9 million, nearly $6 million shy of analyst expectations. Comparable store sales dropped 1.7%, with the company blaming increased cannibalization related to its rapid expansion. The new stores opened in former Toys R Us locations were larger than normal, and they tended to be in markets where Ollie's already had stores. The rapid expansion also put pressure on inventory levels, which further hurt sales.

These issues led to adjusted earnings per share of $0.35, down 12.5% year over year and a full $0.11 below the average analyst estimate. Ollie's also lowered its guidance for the year. The company now expects a comparable sales decline between 0.5% and 1.5%, down from previous expectations of growth between 1% and 2.0%.

Ollie's sees these problems as short-term issues, but the market seems to have a different opinion.

5 Top Stocks to Buy in August