One quarter after cloud infrastructure software provider Nutanix (NASDAQ:NTNX) tapped the brakes on revenue growth, signs emerged that the company is preparing for new top-line expansion. Fiscal fourth-quarter 2019 results, released after the markets closed on Wednesday, met the company's targets on sales and presented a reduced per-share loss versus management's guidance. Below, we'll walk through vital details from the quarter and review the organization's outlook going forward. Note that all comparative numbers below refer to those of the prior-year quarter. 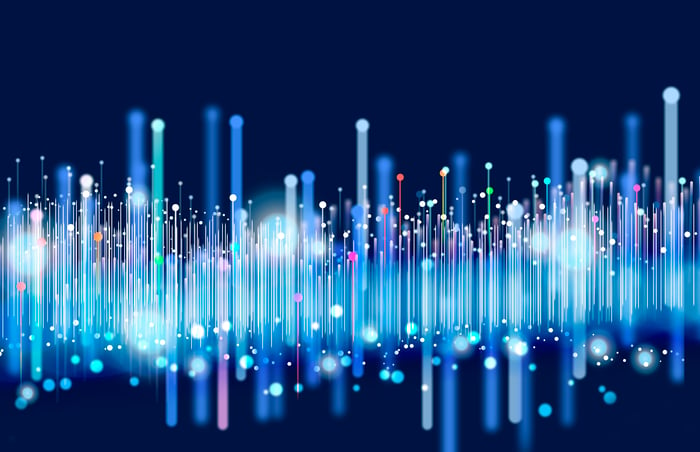 In Nutanix's earnings press release, CEO Dheeraj Pandey indicated that the company's sales function has stabilized, and that issues with prospective customer development and new sales personnel hiring are being resolved:

We delivered a solid fourth quarter and believe our performance reflects our execution improvements and the meaningful progress we have made transitioning our business to a subscription model. We are encouraged by our record gross margins, strengthening pipeline, progress in sales hiring, and recent large customer wins. We have a strong set of tenured sales leaders in place and continue to lead the industry as an innovator with technology at the forefront of hybrid cloud transformation.

CFO Duston Williams also commented on firming sales, with an emphasis on improvement across key metrics:

We are pleased by our Q4 results, and that the actions we have taken to strengthen lead generation and enhance sales execution are generating positive results. Our subscription transition continues to be ahead of schedule with subscriptions growing from 52% of total billings in the fourth quarter of fiscal 2018 to 71% in the fourth quarter of fiscal 2019. In addition, 26% of our deals included a product outside our core offering, as new and existing customers increasingly look to Nutanix to guide them on their journey to hybrid cloud.

As for earnings, Nutanix believes it will maintain a non-GAAP gross margin of 80% in the first quarter, and projects a non-GAAP net loss per share of $0.75. While steep losses continue as Nutanix aggressively pursues market share, a resumption of sales momentum more typical of a technology growth stock appears to have cheered investors considerably this quarter.